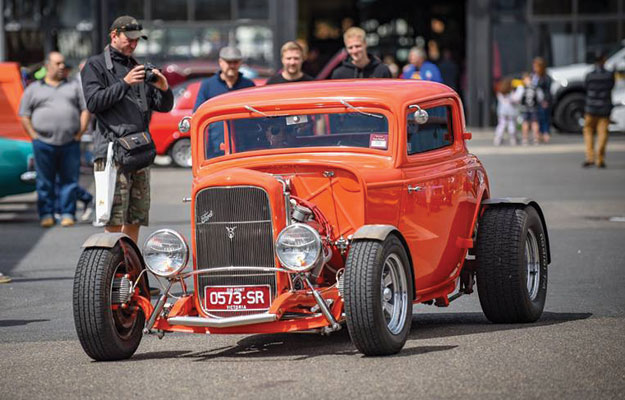 In a quiet little backstreet near the Rifle Range in Williamstown, sits a highly skilled team in an unassuming workshop, making dreams come to life for the owners of classic cars. Welcome to the secret world of custom car building and restoration.

Local wife and husband team Sam Martin and Declan McKearney are familiar faces on the streets of Willy, and the owners of Restos and Rods. She is the marketing guru and Variety Club board member with a love for Mustangs, he is the highly sought after, specialty car builder from Ireland, famous for offering to build Ted Whitten an EJ Holden in record time for charity, over a few beers.

“I made that offer to Ted before we even opened the shop” Declan chuckles, “ I had been watching all the American resto shows and thinking why don’t we have one, so we decided to do the EJ in a documentary style but had to meet the deadline for the EJ Whitten Foundation auction. It was fourteen months from when we opened the doors, started the car, finished it, shot the tv show and made it to the auction. Absolute madness”.

Restos and Rods opened its doors in 2015 with a handpicked team working on “anything from 1950s Beatles, Utes, Mustangs, 1986 Audi Rally cars, Hotrods or 1940 F Trucks” says Sam, “Rule of thumb is if its got a chrome bumper, we can work on it”. 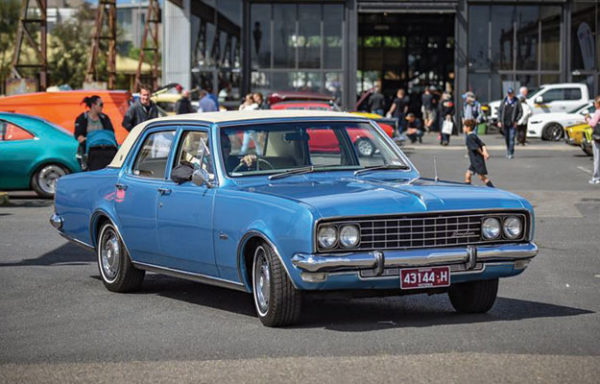 The 1962 EJ Holden was sold at auction for $70,000, Their new shop received a huge amount of media and their TV show ‘Resto My Ride’ was sold to the Discovery channel as a series, “We peaked early and achieved all this fifteen months after opening the shop, so now we dream big”, Sam laughs.

Sam and Declan know their stuff, but not just in technical terms, they understand and respect the culture behind their industry. “The Western suburbs has a massive car culture and it’s from all walks of life” says Sam. “Car culture does not just revolve around expensive cars. Our customers form a relationship with us because they entrust us with their pride and joy. People have an emotional attachment, so you take them on a journey before the car even comes in”.

According to the RACV, there are an estimated 800 car clubs in Victoria alone and they have a massive community based around meets, clubs, swaps and runs. Attending the classic car shows is like being at a big family gathering. The true car enthusiasts are respectful of each other’s passions and know that it’s personal.

“Every single car has a story. Some of them are very emotional. We often get guys come in who say ‘I have worked my entire life and this is my dream’. We have a heart surgeon who got a car from his mentor and we have an eighteen year old restoring a ute by selling bags of wood on the side of the road.” Sam says.

So what is one of their favourite stories from the shop floor?

“We had an old guy with a Charger who came into the shop and we had been looking for one for twelve months” says Declan, “He had it for twenty two years but wouldn’t sell it and he had another two Valiants in Francis Street, Yarraville that had been there for twenty five years. People knocked on his door every week for twenty years asking to buy those cars. One day I spent a few hours showing him around the shop and out of the blue he said he wanted us to buy the Charger but on the condition that we buy all three cars. He said I think you’re the man who can bring it back to life. So I bought all three!” “This car was so well known” laughs Sam. “ I had about 50 people come in asking ‘did he sell it to you?’ He really took to Declan and trusted him and now he comes in to have a look because we have done it up as a General Lee for fundraising. He drives everywhere to support us saying ‘that’s my car’.” 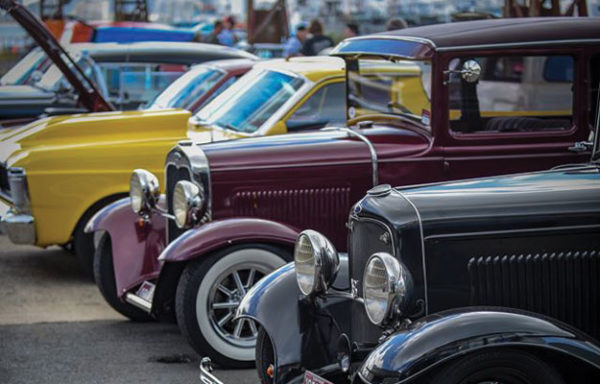 So what does the future hold for such a specialist industry that is reliant on the very existence of cars made of chrome, and having such a specific set of skills and knowledge passed down?

“There has been a massive culture shift where people used to learn skills like wood work, metal work and cooking, but school doesn’t have tech now, they don’t work with their hands and cars are made of plastic. For the past 20 years, they have been taught skills that are based around new methods” says Sam, “You have to understand old cars and how they are built and also know where to get the parts. Technology is different, paint jobs are different, welding was different”.

“Declan thinks the car restoration industry is possibly at its peak “In 30 years time, the car culture will be different. Right now is the perfect time. The Baby Boomers have money, they are retired and they have the cars. The whole panel beating industry is suffering because we are looking for the one percent. And we need the one percent of the one percent for our work. The guys my age are leaving and getting out of the game so there is a real loss of knowledge, so many places are closing down. They young guys see the TV shows and think it’s glamorous but it’s not. It’s hard on the body because metal is heavy. And it has to be perfect”.

For now, this team will keep doing what they love, which includes organising the annual Restos and Rods car show at Seaworks in Williamstown. Only in its second year, the high end cars and calibre of restos is due to Sam handpicking the cars and inviting them personally. “We want to work with the best cars and the best people and make people feel really welcome, it’s also our biggest fundraiser for Variety”, says Sam.

Restos and Rods is still looking for that one percent to come and work in their shop. Only the tenacious need apply.

You can contact them at:
cars@restosandrods.com.au.
Instagram: @restosandrods
Restos and Rods car show is on December 2nd 2019 at Seaworks.