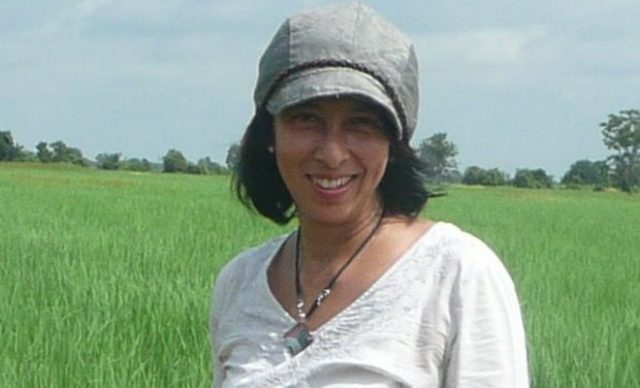 A Human a month

Due to an alignment of the stars and planets – or at the very least the sharing of a common goal to promote the people of the inner west and their pursuits – Humans of SKY is partnering with The Westsider to bring you more stories about…. you!

I was born in Johor Bahru, a coastal town at the southern tip of peninsular Malaysia. Growing up, I always wanted to travel, I was a bookish kid. At our local library in town, next to the post office, I’d borrow story books from the US and UK, and I’d imagine what life was like elsewhere. 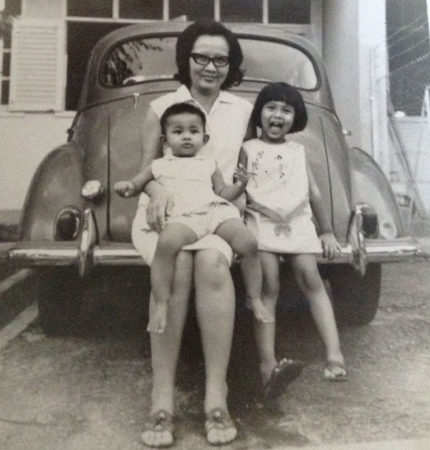 Johor Bahru – JB to locals – was a quiet little town then. It’s linked to Singapore by a causeway, and many Malaysians cross the border to work. My Dad would travel every morning – basically to another country – and then commute home again in the afternoon.

I arrived in Launceston, Tasmania in 1981, as an exchange student on the American Field Service (AFS) program, after completing Form 5 in Malaysia, which is like Year 10 here. I feel Australia was a more trusting society then, and people were more likely to speak to you in the street. There were very few Asians in Launceston – almost everyone was white. Random people would speak with me on the street or on the bus. ‘Are you from Vietnam?’ they’d ask. This was during the ‘Vietnamese boat people’ crisis. If we got into conversation, people would often ask, ‘What do you think of Australia?’ It was innocent human curiosity, of a kind that I see less often today.

I worked at (Malaysian English-language newspaper) The Star, for three years. I was interested in environmental issues, and I segued into covering environmental stories. I thought that journalism would be my life. One day in 1989, though, the phone rang in the newsroom, and the switchboard operator said there was a call for me. It was my old boyfriend Laurence. Remember this was pre-Internet, pre-mobile phone, pre-Google, when finding out someone’s phone number really involved some serious research.

Laurence soon showed up at the house I was sharing with other journos and students. Long story short, we got married in 1990. I was 26 then. When we moved to Yarraville, the Sun Theatre was a derelict building. We would walk past and look through the grille, and see all the debris on the floor. We would catch a glimpse of the raked floor and the ruined seating, and think how great it would be if it became a theatre again. I still smile now when I walk past the Sun and see the crowd queuing for a show.

Our first child, a girl, was born in Melbourne in 1995. Immediately after she was born, we left Australia for a big adventure. At the time, I worked at World Vision Australia, and I wanted to have a part in solving global poverty. We were in Cambodia for 10 years, and our two younger children were born while we lived there. We loved our time there, despite difficulties in the early years when security was poor and the electricity supply came and went. Cambodia was ‘old Asia’ where personal relationships mattered more than formal structures and systems. Our Phnom Penh neighbourhood was shelled during the 1997 coup that ousted the royalist FUNCINPEC party and placed Hun Sen firmly in power. It was scary but the aid worker community that we were part of was supportive and close.

We always felt though that Melbourne was still our home. We returned in 2014 as the work situation changed, and we wanted our children to get to know day-to-day life in Australia – they are Australian citizens, after all.

The inner west has changed a lot in the 20 years since we’ve been away. I love going into Footscray on a Saturday morning to shop, eat and people-watch as the different waves of migration have all made a mark here. It’s like a crossroad of the world. My life in Yarraville now is punctuated by travel away to UN meetings several times a year, often to Geneva, Nairobi and Bangkok.

Besides my consulting work, I manage communications part-time at a not-for-profit group, Initiatives of Change, that supports peace-building and trust building in local communities in Australia and overseas. I love being part of an organization that is encouraging people to ‘be the change you want to see in the world.’ I identify with it, as I believe it’s not only policies and structures that make a better world, but also the personal choices that we make in everyday life.”

WHAT’S IN A NAME?

ONE HUMAN A MONTH: NICKY KIPARISSIS