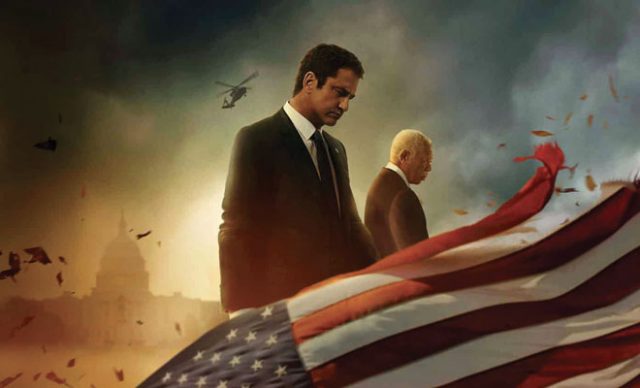 This film comes third in the Fallen film series, unfortunately each film has progressively gotten worse and this one left me really disappointed.
The first; Olympus Has Fallen was a fast paced action movie with a great story, the second didn’t quite improve on the first, even so it held the same properties, but this last film (which I hope is the last one they make) really did lack so much. Angel Has Fallen begins with secret service agent Mike Banning, played by Gerard Butler, who has seriously aged from the events of the last two films. He has now decided to retire from active service but for one last time he is thrown into the action, this time he is accused for an attempt on the Presidents life.

What really let me down with this movie is the clear lack of effort. There were times when CGI was put in but quite clearly was not needed – computer generated helicopters looked way out of place. There was also a scene where Gerard Butlers arm was on fire and guess what, it was digitally put in. The story was not all that bad, the premise was good but I felt it had all been done before.

To summarise, I would say, ‘don’t see it!’. It lacks just way too much to make it worthwhile. Butler puts in a solid performance as does Morgan Freeman as always but that’s really it.