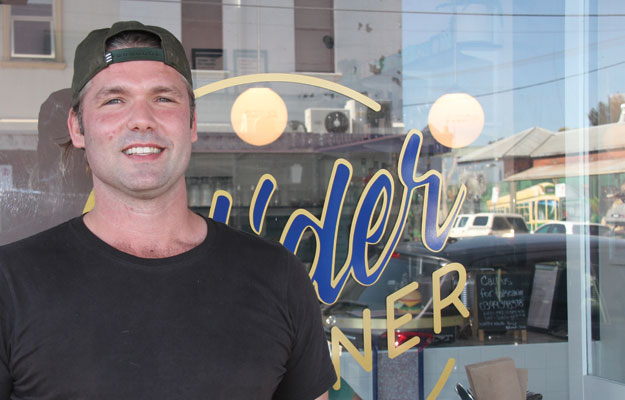 Visitors and locals around Seddon might have noticed a not-so quiet food revolution has taken place under the awnings of Charles Street. While old favourite Ajitoya turned its focus toward their upmarket Yarraville bar and kitchen Azabu Juban, slider guru and all-round nice guy Owen Scungio has arrived to great fanfare. The Westsider recently caught up for this chat over a bowl of chips and… er, a non-alcoholic beverage. 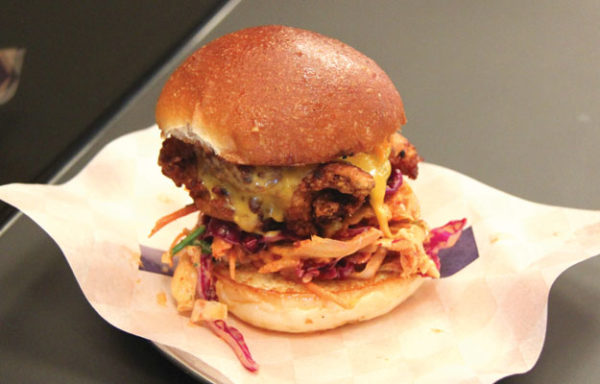 Your background includes stints at Vue De Monde and Negroni Bar & Grill. What was your greatest take away from those experiences?

Working at Vue De Monde was an amazing experience due to the training and growing of the business with Shannon Bennett (owner of Vue De Monde). Each day I would work long hours in a fast-paced kitchen and learned more than I thought I could. Best experiences were the mates I worked with and what I learned from Shannon and the other chefs.

You then hit the road in your own food truck, was that always the plan?

No, plain and simple no. The plan was to go be a head chef at a restaurant but I always wanted to be my own boss. So why wait? I started with a food truck to start small and now am happy to finally have my own place.

Food trucks feel like they would be a tough gig?

So you’ve gone from restaurant to truck and back to restaurant again. What prompted that?

Basically what I said before I wanted to be my own boss and own my own restaurant but had to start small. It’s all about the long game, that’s so important to not have a short term focus. So instead of making the mistake of thinking what can I get away with, you know, how much can I charge and how small can I make the serves, I thought, you know what, what can I afford to give, how good can I make this? I also was determined to buy and source local – from the markets, local beers and produce.

What was the thought behind transitioning the Slider concept into a restaurant?

I already had the experience with the sliders and I was able to get more creative with the restaurant kitchen which is something I wish I could do with the trucks. It is also the perfect food to eat with many of Melbourne’s craft beers.

You’ve taken over an iconic space in Seddon, but retained something through a tribute item on your menu – whose idea was that?

Funny enough the Ajitoya Slider (featuring tempura mushroom) was the old owner Adam Sleight’s idea. We had a few beers and he was so helpful when we took over the space. I thought it was a great idea. 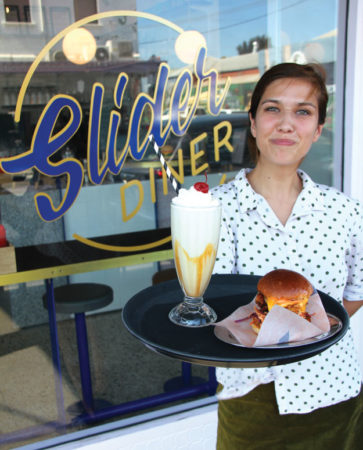 It’s clear that quality service is going to be a focus, can you tell us about some of the key people?

I thought about self-service; you order at the counter, take a number, then return when called. But thought, where’s the vibe in that? The team will make this place. I actually found the manager, Aysia Mourer who is from the States. She worked for my trucks casually and I thought she had the knack for good customer service and got her on the team. The drinks are also designed by Aysia, she’s an ex-Seattle native who cut her teeth at Melbourne’s Chin Chin. Her specialties include boozy shakes, and a Bloody Mary infused with bacon!

Do you see the menu evolving over time?

Yeah 100% while keeping some of the favourites, we are always open for feedback from the locals as well.

Is expansion or other sites on the cards?

No immediate plans, but could never rule out doing something on the other side of Melbourne!

You can find Slider Diner at 82 Charles St, Seddon, Open Wednesday to Sunday. 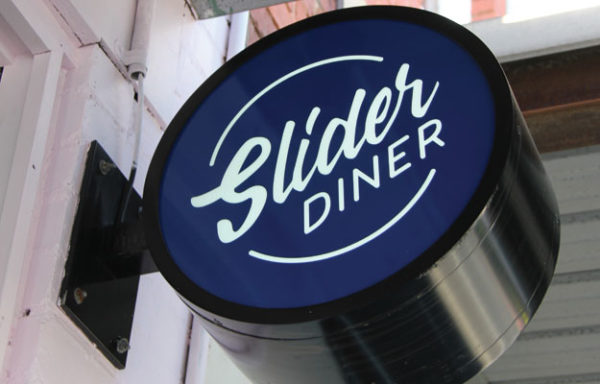