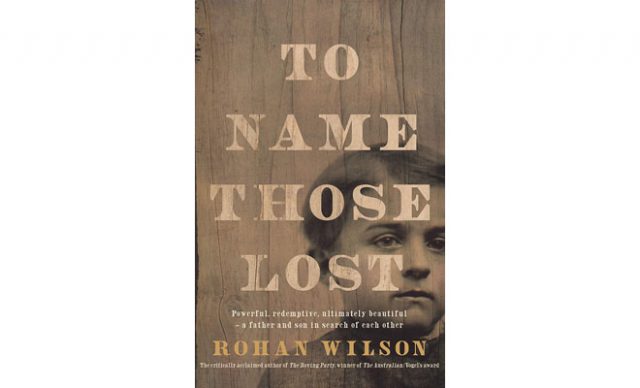 Life in Launceston is desperate for William Toosey during the summer of 1874. Orphaned at twelve after witnessing the last gasps of his mother’s pitiful life, William is being hunted by the overzealous Constable Beatty, hell-bent punishing the boy for the crimes of his absent father, Thomas Toosey.

Sentenced to transportation in 1827, Thomas is no stranger to trouble. The delinquent from Deloraine has made plenty of enemies. A veteran of the Black War, the elder Toosey has survived a ten year sentence at Port Arthur and is on the run having lifted two hundred pounds from the excellently named Fitheal Flynn. Having received a letter from his estranged son Thomas decides to make a fresh start at life – if only he can escape his pursuers Flynn and a masked henchman.

Using grammatical flourishes and colonial vernacular reminiscent of Cormac McCarthy, author Rohan Wilson has penned something other than a historical fiction – an Australian western. With a town on the precipice of violent rebellion, the short sentences convey the fear of those hunted and the remorselessness of the various predators that lurk within the slums. Like the panopticon of Port Arthur prison, Wilson places the reader at the centre of the action. Meticulous research punctuates the work; the streets and parks recognisable (Cimitiere St, Launceston Banks and City Park), the rioting larrikins and the pilfering from the Western Railway Company; the dark history of the Apple Isle is fertile ground. The character of Thomas Toosey also forges a link back in time to Wilson’s Vogel Prize winning debut The Roving Party. At its core, To Name Those Lost is a tale of familial bonds and the lengths a parent will go to protect their child. To Name Those Lost was selected by Tough Guy Book Club for their annual camp.