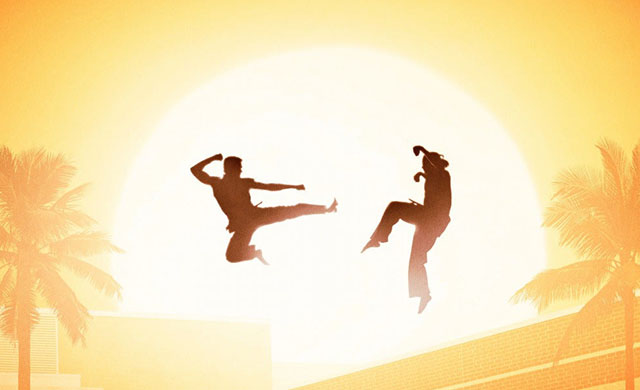 Firstly, I want to say thank God that this was made accessible to something other than YouTube, which is such a terrible streaming service. But what isn’t terrible is this series. I never reviewed the first season but what I have to say about this will translate perfectly into this one.

We continue on after the previous season finished with the new all-valley karate championship. To be honest its almost exactly like the first Karate Kid film on which its based, but throws in a few differences. I really enjoyed the whole season as I did with the first but again run into the same issue, its not as good as the original Karate Kid movies – but who cares when it is based on the same principles.

It’s a little cheesy at times but as a whole it holds up pretty well. I do have one huge issue; that it is somehow believed to be OK for any kid to watch. Quite a few drug references, a lot of alcohol, shocking language. It is rated M for mature audiences, so they better be really mature.

The other issue I have is that it almost condones random school yard fights. The acting on that other hand I must say isn’t bad at all, especially Ralph Macchio and William Zabka reprising their classic roles. Every one says that Daniel Larusso is the best character but I believe that Zabka is the better actor.

To summarise I would say yes, it does live up to the original movie. But I really do mean it when I say be careful letting a young child watch it. Pretty intense stuff at the end.

BACK IN THE GAME: RE-IMAGINING ICONIC 80S FLICKS