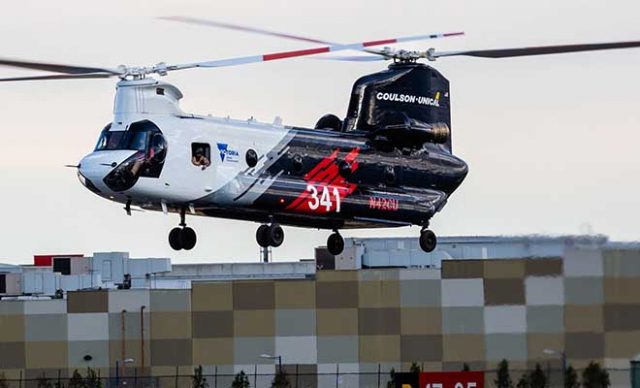 Have you been hearing and seeing enormous, twin rotor helicopters flying over Melbourne’s west in recent months? You’ve very likely been looking at the CH47 Chinook, one of the biggest firefighting helitankers in the world. Over the summer, the heavy lift helicopter and its crew have been stationed at Essendon Fields Airport.

Operated by US-based Coulson Aviation, the Chinook is specially outfitted with a tank capable of carrying over 11,000 litres of water or retardant. The helicopter can fly at 160 knots (that’s nearly 300 km/h) and has the highest volume firebombing capacity of any helicopter in operation today. In an Australian first, Coulson Aviation recently received approval to conduct night time fire suppression activities using the Chinook in Victoria and NSW.

These features help the new Chinook contribute to keeping our communities safe over the summer. It is part of a contracted fleet of over 50 aircraft engaged in fire suppression in Victoria in the hotter months.

While 2022 has thankfully been a quiet fire season, the crew fly weekly training runs out through Melbourne’s west over summer. Pilots Todd Peterson and Anne Paya take off from Essendon and head towards Newport to avoid the Tullamarine departure corridor, using the Newport Power Station chimney as a marker. They then fly out to Melton Reservoir and other reservoirs at the western edge of Melbourne.

“As part of the training we’ll try to go to places that are less populated. We usually do one dip, we fill up the tank and take another turn and drop all that water. Most of the time that’s western Melbourne,” says Helicopter Pilot Anne Paya.

For more information go to: www.coulsonaviation.com.au 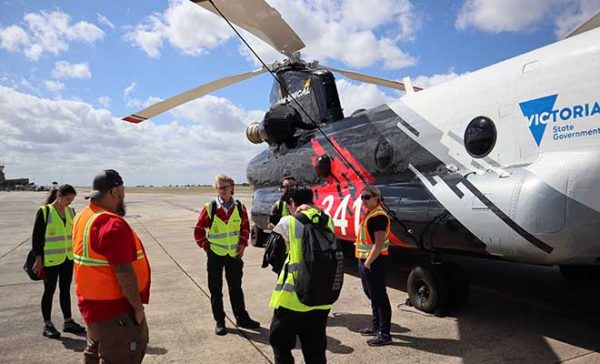