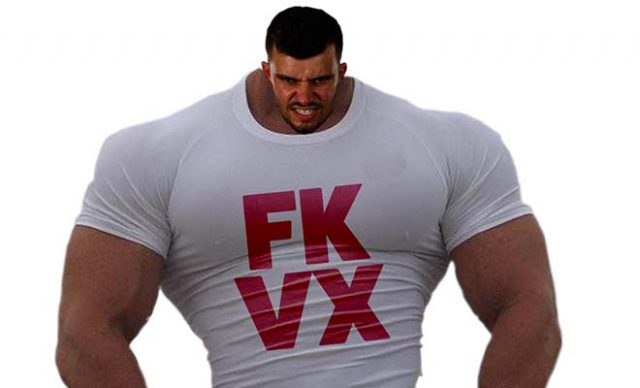 Bestie Crumpetleaf and I are settling into the New Suburb with aplomb. We are now accustomed to the new soundscape: there are birds; there are dogs; there is a main vehicle artery at one end of the street and a train line behind the houses opposite. A church belonging to an opaque cult occupies two corner blocks and its rowdy celebration of mammon erupts without warning and with inexplicable enthusiasm. I counter it with a dose of AC/DC’s Back in Black. Equally insensitive, according to George Peter Georges our patrician neighbour who laps the street twice daily impeccably groomed, pressed and mannered. To my surprise, he offered Beethoven’s later works as an appropriate middle ground, if I wouldn’t mind. I don’t mind.

There have been other encounters. Here are some of them…

Morza Peter Simon McKinlay claims he is a Tatar Prince. Unlikely [he speaks with the same Irish accent he brought to Australia just 15 years ago], but not easy to disprove as his princedom in Astrakhan was swallowed up by the wily Russians in the late 15th century. He insists on his title [Morza] at all times and becomes wild-eyed and increasingly incomprehensible if challenged. He is my golf buddy.

We decided to celebrate my emigration to the New Suburb by joining in with a group of geezers at the local golf course. We clearly passed the on-course banter test, a rite of passage known to all golfers where clichés are freely exchanged and never believed.

Our craven surrender to the club champion earned us a seat at the lunch table.

Golf lunch can be perilous. There is alcohol and tongues are loosened. When one gregarious geezer, to raucous laughter, posited that women are best kept ‘barefoot and pregnant’, Morza and I knew where we stood – outside this particular backdoor. My mini lecture on equality, respect and consent was ignored to a hairy-eared man, but it served to place us in the pecking order and encourage some light sledging as menus were passed around.

With his shaved head balanced on very little neck that barely escaped the collar of his worn Shark polo shirt, Harry [there’s always a ‘Harry’] didn’t even lift his eyes from the predictable list of food offerings when he quietly suggested I might like a soft-boiled egg and toast soldiers for dipping washed down with a cold glass of milk and would I like some help eating it? Cue gales of laughter.

Morza was frowning. This is not a good sign. His turn was coming, now temporarily parked behind the table’s hilarity, and he knew it.

This out of a trimmed-moustachioed mouth under humourless blue eyes and a drinker’s nose. Instant silence around the table identified Charles Lavender as this group’s leader. There was a knowing unsaid ripple of ‘here we go’ that travelled from eye-to-eye.

‘Then perhaps you could advise us on the quality of the steak tartare offered here,’ quipped Charles, waving the menu while dropping an expert ‘dad’ retort on top of the opportunity served up to him by the unwitting Irishman. Oh how they wheezed.

Chairs were pushed back as eyes widened and boney liver-spotted hands gripped white on chair arms. The geezers’ golf gang got the entire chum-bucket history rant of how the brute Russkis deployed some serious slaughter as they merrily helped themselves to all that Morza’s ancestors had. At its end, while the tottery gathering struggled to recover some equilibrium, I voiced what had become intuitively shared knowledge with the Tatar Prince: ‘Time to go?’

Morza drew himself up, clicked his heels, angled his head and nodded.

We left without a further word, never to return.

Pringley’s Emporium was open, so we went there to get a shirt for me. Under Bestie’s supervision. We’re masked, we’re sanitised and we’re looking for someone to socially distance from.

Some people are afraid of brown. Not me. Not when it’s linen. Not when it satisfies my ambition to lift the tone of shirtery currently yelling obscenities from my sad wardrobe. Not when Bestie presses it onto my chest and insists, ‘this will look good on you!’

He appeared in my peripherals. How could he not? He was 3 metres tall. Easy. Tanned. Fit. Square-jawed handsome. With a matching partner. Queued up in the next line. Holding a brown linen shirt.

There was a flaw.

I said to Bestie, ‘must have forgotten their masks…’.

Bestie said, ‘hey guys, you seem to have forgotten to put on your masks.’

And it was on.

Lantern Jaw squared up and said, ‘mind your own f@#$%^g business.’

Harsh words from that height.

LJ said, ‘yeah, I’m that guy!’ And with that, his impressive frame, cling wrapped in a t-shirt that read FK VX, blocked out all the light.

Bestie once trained horses. To get one to bend to your will, a good technique is to lean into its front flank and it will move with your weight. This she applied to me while whispering ‘now would be a good time to stop talking…’

I stopped talking. The light returned.

Bestie herded me towards the exit, the brown linen shirt hastily hung on a convenient rack cluttered with unwanted try-ons.

‘We’ll come back for that,’ she told a nervous shop assistant.

[While, dear reader,  I realise this tale is now redundant, I leave it in because removing it would not only jeopardise my word count for this issue, but also place the elaborate illustration on this page in deep peril. JD.]

Everyone knows a Monica. Monica knows the rules. All the rules. Today’s rule allows her an opportunity to demonstrate the breadth of her knowing of stuff. This one condemns the escape of vegetation from the bounds of any ratepayer’s property, deemed necessary by the burghers of the parish infuriated by the way this impertinent greenery inhibits the passage of passers-by. Mainly their passage.

This is one of many irksome regs that allow the Monicas of this world to Karen fellow citizens of the parish.

This particular Monica is my sister-in-law, and she has started a war with our new neighbours. On our behalf.

I found her thin-lipped, angry-pacing the neighbours’ frontage and circling their nature strip taking photographs [evidence] with her considerable phone. Bill and Geoffrey at number 6 had not only carelessly allowed their Creeping Phlox to creep centimetres onto the footpath but had replaced their raggedy front lawn with a glorious garden of Australian natives. Bastards!

Monica won’t be here to fight the war. She has left that gift to us. Monica is never seen in person, because she lives 25 kilometres away in a faux colonial mansion in a swell inner-city suburb. No, Monica will email our council with the evidence of this infringement ‘clearly identified in the attached photographs’. Photographs, I should add, carefully angled to maximise the horror of what she has witnessed. She will demand immediate action and throw in a couple of veiled threats alerting the unfortunate council officer to her considerable influence over managements various.

She might have asked Bill and Geoffrey their opinion. Asked if they wouldn’t mind doing a quick trim job. But then, she might not win. She needs to win. And, she will win. Someone needs to be punished. The rule of law demands it.

Always willing to even the contest, Bestie strapped on her imperious secateurs belt, shouldered her compound bypass lopper, strode into the virtual trenches excavated by Monica and began to trim back some of the virulent foliage.

On the other side of the road, a small white vehicle branded with our council’s logo pulls up. Another Monica alights burdened by a clipboard and the very best camera equipment available to personkind. She notes Bestie’s endeavours and winces at the jolly greeting Bestie offers. She draws a mental line along the frontage, realises she has been bested and scurries back to her vehicle. But not before she takes a performative photograph or two. For the record.

Donald Dong is a Buddhist shaman. Donald is also the hamlet’s lotto dealer. We all have one, Donald is ours.

The lotto house is the purest evidence of how human evolution is still up for debate. We step up to the counter, ignoring years and years of abject failure, with the same amount of irrational optimism that sent us here last week with the fresh expectation that this ticket Could Be The One. We should have listened when Albert Einstein told us: ‘Insanity is doing the same thing over and over and expecting different results’.

In order to maximise windfall profits from this free money enterprise, karma must be respected and certain rituals followed. Should any of these rites be disturbed, altered or subverted in any way, then the odds of accumulating riches beyond imagining are whittled away to practically nought.

I have my own finely honed set of sacraments that I carefully pursue. For example, I never select the same numbers. To use the same digits is to invite the type of karmic backlash that displays your winning numbers on the telly on the very day you neglected to buy a ticket.

I never buy a ticket on a Monday. Mondays are empty, drained of luck, wondering dully if the what-seems-distant week holds out any hope of forward momentum. I never check my ticket until after Wednesday and the date must be an odd number.

I wait until the last minute on a Saturday to buy. This minimises the chances of anyone buying a winning ticket subsequent to my purchase and allows me to harvest all the goodwill that has condensed over the week and floats above the fat belly of the effigy of the Buddha that any lotto outlet worthy of its promise has on display.

I must also be wearing something black and affect a disinterested demeanour.

Today, Donald Dong peered knowingly at my ticks, summed me up [accurately] and immediately launched into his spiel.

He thought I emanated ‘bounty’.

He waved a hand around my silhouette and told me I had the aura of the ‘fiscally fecund’. I had no idea what he meant, but it sounded like a payday. ‘Wednesday too’, he urged, ‘Wednesday is $10 million.’ Donald was upselling and I was losing my grip. Besides, I’ve got a house to build and it could use some fiscal fecundity.

I insisted Donald take a nibble off my credit card and I was in.

That Saturday/Wednesday jumbo combo odds-on winfest netted me $7.70. The return on asset ratio can be best described as ‘feeble’, even ‘dicey’. Over the entire greed journey, a back-of-the-envelope sum session minusing returns from investments tells me, nay screams at me: ‘this is not the behaviour of a serious contributor to society and a father of children!’

On cashing out, Donald winks at me and says, ‘Thursday’s is $20 mill. Imagine that.’

I take a breath then reach into my wallet, slide a card towards him and say, ‘Let’s go again.’ Donald smiles, because he, like me, believes that this time, this time…

BESTIE CRUMPETLEAF AND I VERSUS THE NEW SUBURB PART III