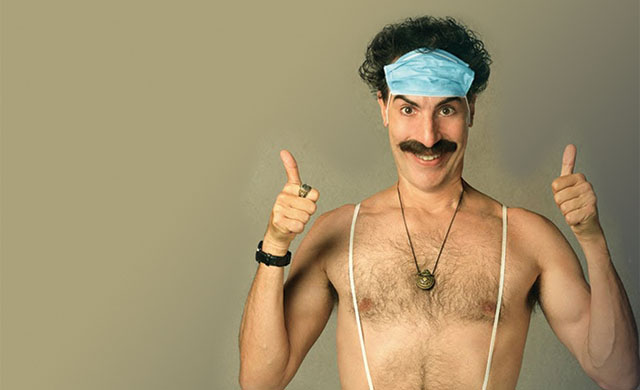 Borat is back, over a decade since his last trip to America and he is ready for more embarrassing moments. Disgraced for giving Kazakhstan a terrible name in his last documentary he is given a second chance to complete a special mission. What makes this movie so special in my opinion is that it is laid out as a movie about a man named Borat who is the 4th best journalist in Kazakhstan. But look closely and you’ll see that it’s trying to tell you something – Sacha Baron Cohen is a genius when it comes to this. This film is on edge, so do not be afraid to be offended, and if you’re easily offended then just steer clear of this completely. If you do dare to watch it you must look past the silliness and read the message behind it and you will be really surprised. One thing I really took from it was the women, some people are either staged or completely oblivious but sometimes they have a meaning. One scene for example a young girl calls out her father for being inappropriate about women, it’s only a small background moment but it does appear throughout the film. Sacha Baron Cohen is a master at bringing women’s equality rights in front of us without us even knowing. I really liked this film, but my parents did not. That sums up this film – if you half watch it then you will miss its true meaning. Yes of course you have to get past some incredibly vulgar and offensive scenes, but if you do it’s worthwhile.