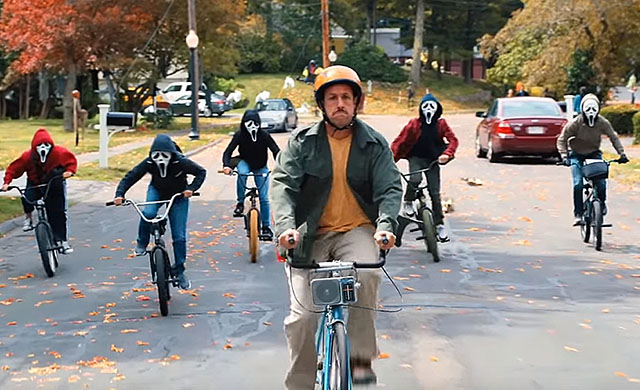 Adam Sandler releases yet another comedy film, and just as you would probably expect it isn’t that good. To be honest he hasn’t been a part of a good one since Blended in 2014. This time the story revolves around Halloween in the town of Salem, and one of its residents, Hubie Dubois (Adam Sandler) is bullied by the whole town. There is no real story other than him following his creepy neighbor and finding love, which is again disappointing because we all know that Adam Sandler can write; Happy Gilmore and Big Daddy proved that. As always the same group of regulars are together; Kevin James, Rob Schneider and Maya Rudolph for example. They do produce an amazing chemistry on screen as they have worked together for many many years, but that’s where the good parts really end for me. As always I don’t like to put a film down but Adam Sandler should have stopped years ago. With films such as Jack and Jill and Uncut Gems, and various Netflix productions that simply sucked, the message was there to stop. I cannot recall laughing at all but to each their own, everyone has a sense of humor, but I struggled. To sum up this movie I would say it’s another disappointment. I wasn’t expecting much from it anyway, so when I finished watching it I took nothing away and thought nothing of it. So to be honest I would say not to rush to watch it.