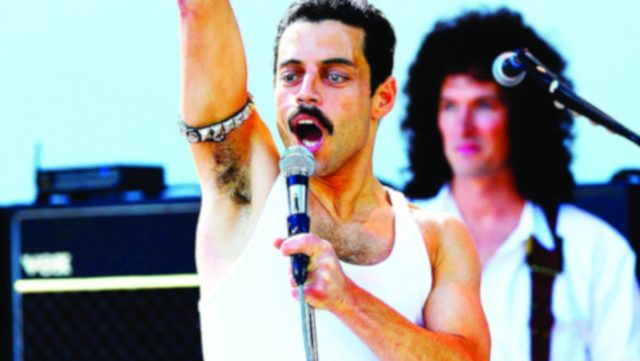 Already this film is quite possibly my pick of the year. Bohemian Rhapsody tells the story of not only the flamboyant Freddy Mercury but the whole band that is Queen.

It does not matter if you were born in the 1960’s or the 2000’s, the group’s journey resonates hard work and inspiration. I myself may be biased (even though I always try not to be) because Queen does happen to be my favourite band, but the songs are just too good to let by. The film does mainly focus around Freddy who is just played to perfection by Rami Malek, exploring how he learns to accept the way he is.

The film has been criticised by many, and people believing that it is not historically correct. But I say “shame on them”. This film is all about celebrating Freddy Mercury, Queen and their journey. It is a feel good film that literally makes your feet stomp. I did learn new things throughout the film that gave me a newfound respect for Mercury, and I hope that it relates to people in a good way. But by far the most amazing part of the film is the Live Aid performance. Scene by scene it is an exact replication of what is known to this day as the greatest live performance.

To summarise this film into one category it will have to be ‘Feel good’, then leaving the cinema to quickly download the entire Queen playlist for the drive home. Everyone had a huge smile across their faces, just showing how much this celebrates the life of all the band members. Of course this is a movie that everyone should see.