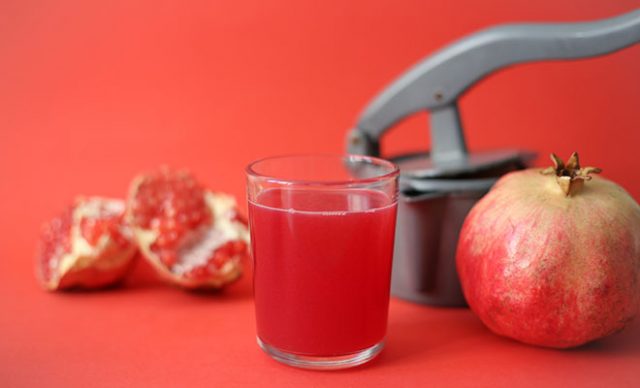 Take a wander of the local streets at this time of year and perhaps peer over a fence or two and you are likely to see a tree bearing ruby coloured fruits which resemble a hand grenade. You may have seen them previously and not known what they were. Common around the Mediterranean and the Middle East this is a truly exotic fruit with a long history.

With the post war influx of migrants from Europe, many of whom settled in the western suburbs, fruit orchards in local backyards proliferated and many remnant trees remain, often neglected when new owners don’t know what they have growing in their front or backyard.

In season right now the Punica Granatum (to give it it’s Latin name) or Pomme Grenade (in French), known to us in English as a pomegranate, was originally cultivated by the Ancient Greeks and has links to their mythology. Familiar with the fruit before it was introduced to Rome via Carthage, it figures in multiple myths and artworks Known as the “fruit of the dead”, and believed to have sprung from the blood of Adonis it was also the downfall of the goddess Persephone. Kidnapped by Hades and carried to the underworld it was the eating of 6 pomegranate seeds which forced her to remain for half the year causing her mother Demeter to create the seasons autumn and winter in mourning for her daughter. 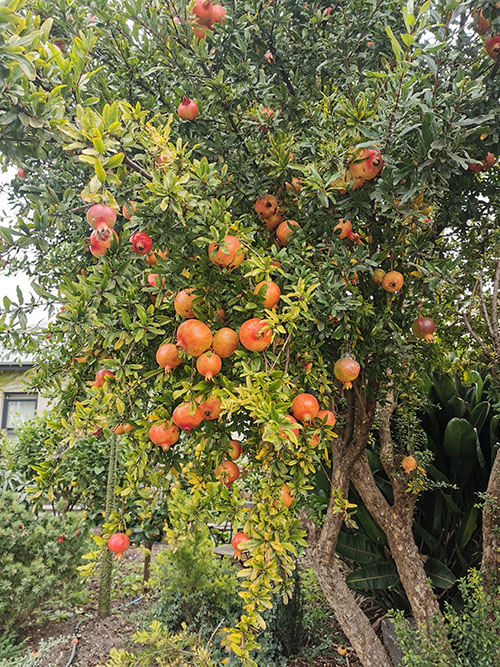 In modern times it still holds strong symbolic meanings for the Greeks. When one buys a new home, it is a convention to bring as a first gift a pomegranate as a symbol of abundance, fertility, and good luck.

As to eating them they are a tricky fruit to “peel” but can be opened by scoring with a knife and breaking open. You then separate the internal sections & remove the edible seeds Less efficient but more fun and faster is to cut the pomegranate in half, score each half of the exterior rind four to six times, hold the pomegranate half over a bowl, and smack the rind with a large wooden spoon. The seeds should eject from the pomegranate directly into the bowl

You can use a pin to select seed by seed and eat, or they can be squeezed for juice, but don’t get it on your clothes as it is also used for dyeing fabric and will stain. Reduced to produce a molasses it can be used to marinade meat. The seeds served fresh are a great addition to salads and cooked dishes. A good source of recipes is Yotam Ottolenghi or for a different take on things Jamie Oliver has recipes for pomegranate chicken and even a pink pomegranate cake.

PICK YOUR OWN SUNFLOWERS DUNNSTOWN IS READY AND IN FULL BLOOM!