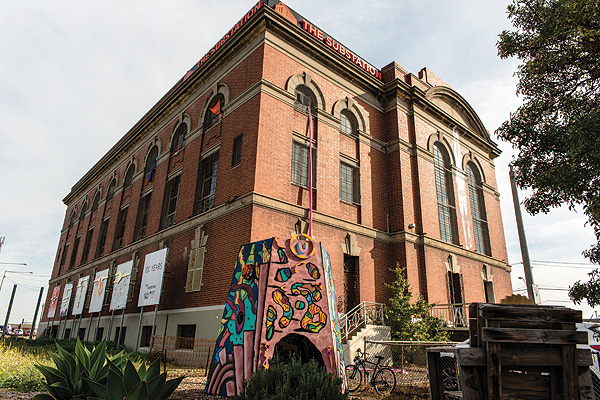 The Substation in Newport is one of the most exciting art and cultural spaces in the western suburbs, and in our last issue we bought you an interview with director Brad Spolding.

After publishing the article, a reader John Hollis, got in touch with us to let us know we’d made a reporting error regarding The Substation’s electrical current output way back when it was a power station in the 1950’s.

John, a former Victorian railways electrical engineering apprentice, was quick to point out that the Substation was constructed to convert 20,000 volt alternating current (AC) into the usable 1500 volt direct current (DC) used to power Victoria’s electric trains. In our previous article, we mixed up the currents, stating the substation converted DC into AC. For someone with as much experience in the railway’s electrical management systems like John, our mistake must have come as quite a shock (pardon the pun). You can read his full correspondence below

While The Substation’s voltage converting days are long gone, the Market St contemporary arts hub continues to electrify the west. It’s a space that excellently incorporates its surroundings, and makes a great use of what was once an abandoned and derelict building. With an exciting programme planned for 2016, Brad encourages us all to come down and check it out (just make sure you get the currents right…).

Season Two at The Substation kicks off 13 May. Visit thesubstation.org.au for more information. 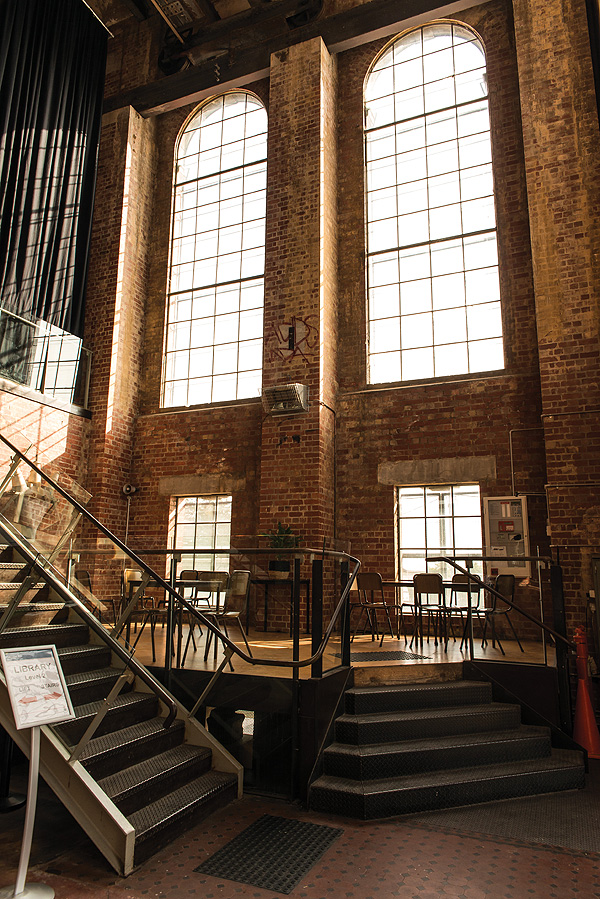 “I have just read through your May edition of “The Westsider” and I note that in the first paragraph of the article on the Newport Substation that the information as given is totally wrong.

The Newport VR Substation was constructed to convert 20,000 volt, 25 cycle (AC – alternating current) as generated at the Newport VR Power Station, into 1500 volt (DC – direct current) for the running of the Victorian Railways Electric trains.

This substation, as were several others in the electrified system, were designated as Manual Substations – that is – these Substations were manned 24 hours a day (3 shifts) by two operators, and whose duties were to place and shut down the Rotary Converters as required by the VR Power Operations Engineers who were located in the VR Power Operation Room in Batman Avenue, Melbourne.

There were many other Substations of a smaller capacity that were classed as Automatic Substations – their operation being controlled directly by the VR Power Operation Engineers at Batman Avenue.

During the 1950’s the Victorian Railways extended their electrified system with the electrification of the Gippsland line to Traralgon, this being mainly for the transport of Brown Coal (in the form of Briquettes) to the Newport Power Station.

The new Substations required for this extension were supplied from the State Electricity Commission of Victoria at 22,000 volt, 50 cycle, and by using Mercury-arc Rectifiers to convert this supply to the necessary 1,500 volt DC, for the VR traction system.

Following the completion of this work, the Victorian Railways commenced a program of building new Substations (of smaller capacity) that were then also supplied from the SECV 50 cycle grid, and as lines were converted the old Substations (25 cycle) were phased out.

I did serve my Apprenticeship with the Victorian Railways, Electrical Engineering Branch, and then being employed with the VR Electrical Testing Division, and also being an VR Authorised Electrical Operator, thus much of my early working life being related to VR Substations.

I did work in the VR Electrical Engineering Branch for some years, and the electrification of the Gippsland line had started shortly before my employ.

Much of my working life with the VR did pertain to VR Substations until my leaving to take up employment with the SEC Victoria. Even then my later work with the SEC did always involve me with the operations of the VR traction system.

As such I do have a pretty good knowledge of this industry.”

CHANCE TO HELP GUIDE THE SUBSTATION