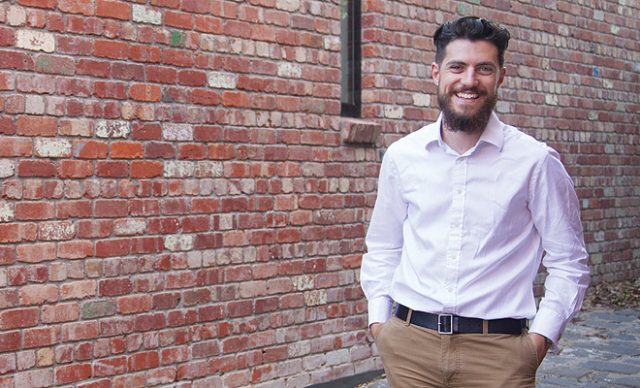 Redmond Hamlett is a Seddon resident who runs Woollan Hamlett Architects in West Melbourne, specialising in community, education and small residential projects. They are working all over the western suburbs on projects both large and small.

You’ve probably seen Redmond at the bench in Seddon’s Miss An’am (or ‘Laura’s’) café in his lycra, sipping coffee and sharing ideas with local residents and business owners. This month, on Tuesday 23rd April, he kicks off ‘Ask an Architect’, where locals can make a free 45-minute appointment and have their first ever Initial Feasibility Meeting. He’ll chat with you to understand what you are trying to achieve at your property, but also give you three strategies to get you there.

Redmond has lived in the west, on and off, since 2007, when he moved to Altona to enjoy the seaside life, drawn by the affordability and proximity to the city. Buying his first home in 2011, Seddon was the obvious choice for that village community. Upgrading his own home is a ‘work in progress’, and he’s doing interior works over the next three months.

Redmond says, with his ‘hand on heart’, that making friends with neighbours has never been easier in Seddon, compared to other suburbs he’s lived in.

‘I’ve developed some really strong and long-lasting friendships with my neighbours, which I don’t think is very common outside of the west. We live cheek by jowl and we make it work.’

And his favourite hang-outs?

“Miss An’am connects me to the village! I don’t think the owner, Laura, realises this, but to me her café bench and lounge chairs right next to the coffee machine is Seddon’s unofficial House of Representatives! Laura and her staff act as the speaker, and locals and non-locals alike often are able to talk about pretty much anything – good, bad or indifferent – and that’s ok. I get to talk to other locals most mornings and it makes my day all the richer hearing their stories and being asked ‘how are you?’.

Other than that, Redmond has always enjoyed the Thai Chicken Wrap at Seddon Deadly Sins, sitting on the street corner at Luxsmith’s at dusk (with drink in hand), and lately Slider Diner, with its great fit-out, fantastic soundtrack and, of course, Aysia’s gregarious conversations.

Redmond is by no means a workaholic. He and his partner have a five-year-old daughter who’s just started prep, is a (semi) regular Brazilian Jiu Jitsu practitioner under Professor Richard Norton (Fusion Martial Arts, Yarraville), he cycles, and he does volunteer work with the Robin Boyd Foundation as well as other social and environmental awareness organisations.

Redmond will be appearing at Miss An’am on Tuesday 23rd April between 10am – 1pm.

Spaces are strictly limited, email office@woollanhamlett.com.au to book your free Initial Feasibility Meeting to get your building project started.