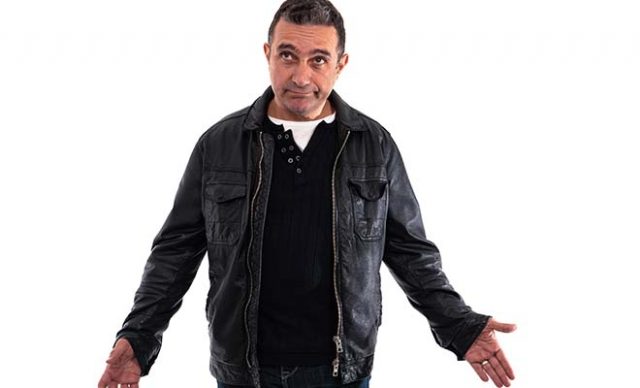 Gabriel Rossi has been a stand-up comedian since 1996 and originally grew up in the Northern Suburbs before moving to Point Cook in 2005 where he and his partner lived until 2014.  Gabriel now lives in Bacchus Marsh where he is raising a son and daughter aged 10 and 13 respectively.

“I enjoyed my time in Point Cook particularly once the Town Centre was built and all these great cafes and restaurants came along.  That’s one aspect of Point Cook I do miss, however, I don’t miss spending ages in my car trying to get on and off the freeway during peak hour.”

The decision to head west was more to do with his partner who grew up in Altona and had family close to the area.  It has been a good decision, particularly now living in Bacchus Marsh on a beautiful one acre block with rural views while being on the doorstep of the Western Metro region which has seen huge growth in recent years.

“You’ll notice along the Western Highway between Caroline Springs and Melton that there are entirely new housing estates that are basically new suburbs.  Why this is exciting is because the gap between Bacchus Marsh and Melbourne is filling fast, and that basically means the value of my house will rise,” laughs Gabriel.

Whilst Gabriel always loves to joke around, the real reason he likes the new areas coming up in the west is because what were once either vacant paddocks or, in some cases, run down homes that looked tired and worn, now we have new homes everywhere.  This has given the Western Suburbs a fresh look as well as lifting its image from being a lower socioeconomic area to one of prosperity and vision.

Gabriel’s passion for the west has gone so far as a tilt in politics in the upcoming state election.  He is a member of the newly registered ‘Victorians Party” where he is hoping to be named as a candidate in the Upper House for Western Metro.

Where Gabriel lives now is where he is hoping to stay for good. “It’s pretty much our dream home.  We had a fair say in its design and we got what we wanted.  Bacchus Marsh is a great town.  Our kids love it, although who knows how they’ll feel when they’re older?”

Gabriel has been very busy on social media these last two years.  The pandemic has given him plenty of material.
You can find him on TikTok @gabriel_rossi_comedy2, Facebook – Gabriel Rossi Comedian and Instagram @gabrossicomedy.

He can also be seen performing regularly at The Comic’s Lounge in North Melbourne.