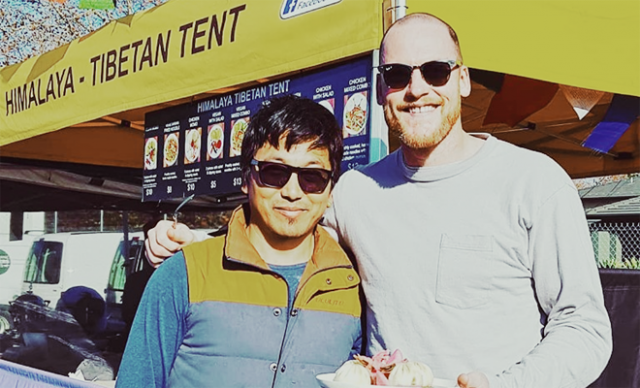 Tashi has the wide cheekbones of a tsampa eater and golden hewed skin of high altitudes.

Fleeing his homeland of Tibet as a young man, he traversed the treacherous passage over the Himalayas into Northern India. For a decade, he lived and worked at a Tibetan orphanage and education centre in Dharamsala. He came to Australia with 12 years of university education in language, politics and history, and a lifetime of oppression and hardship.

Memories of the food his family shared are what he kneads and stuffs into his handmade Tibetan momos, which take two full days and nights to make. In his limited spare time, he likes to build, tinker with and fix things. Most weekends are spent at farmers’ markets, where he sells his hot, plump traditional steamed momos, with frozen packs to take home for later.

Tashi loves Melbourne and doesn’t want to leave, unless it’s to go back to his beloved Tibet as a free Tibetan. He met his partner, Anjali, a nurse from Mauritius and the mother of their gorgeous boy and girl, when he was working as a chef at an aged care facility. As he toiled, he nourished his dream of owning his own food business. Part of that dream became a reality in early 2015 when the Himalaya Tibetan Tent was first put up at a farmer’s market. But Tashi has just started. Phase two of his dream is to open a Tibetan Cafe that serves the food and tea of his people. A space for Tibetans to connect with the wider community and share their stories of being immigrants in Australia. But that part of his story is still a dream.

So next time you bite into one of their juicy homemade vegan, veg or meat momo’s spare a thought for the journey, the life and the people it took to get them to your plate!

Find them on FB @himalaya.tibetan.tent 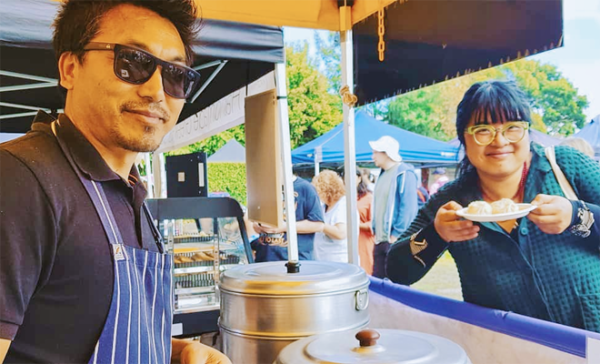