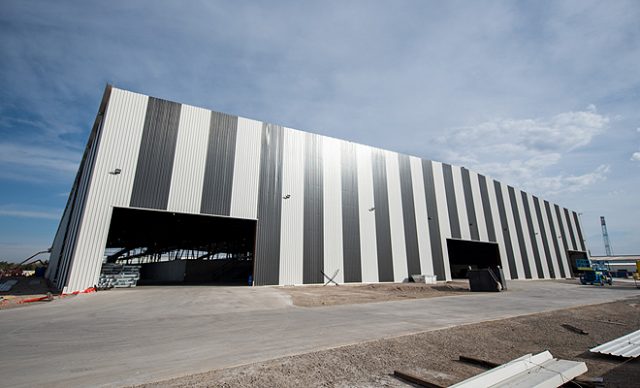 The West Gate Tunnel Project’s massive shed that will handle around 1.5 million cubic metres of rock and dirt is now complete, with construction activities ramping up at the Project’s tunnelling hub site in Yarraville in preparation of launch of the tunnel boring machines.

Since May 2018, over 12,000 work hours have gone into building the gigantic shed, which is 180 metres long and 90 metres wide – bigger than the Altona Bunnings!

The shed is a key component of tunnelling activities, providing support to the two tunnel boring machines (TBMs), named Bella and Vida, as they burrow underneath Melbourne.

When tunnelling begins later this year, the shed will connect to the TBMs through an extensive conveyor system, which, at the end of its lifetime will measure 15 kilometres in length.

As Bella and Vida start digging, the rock and dirt they extract will be taken along the conveyor system all the way to the launch site.

The rock and dirt will travel over the top of Somerville Road on a covered section of the conveyor to eventually reach the shed. From here, it will be sorted into giant bins before finally being trucked away. Each TBM will have six conveyor belts to move all the excavated material. 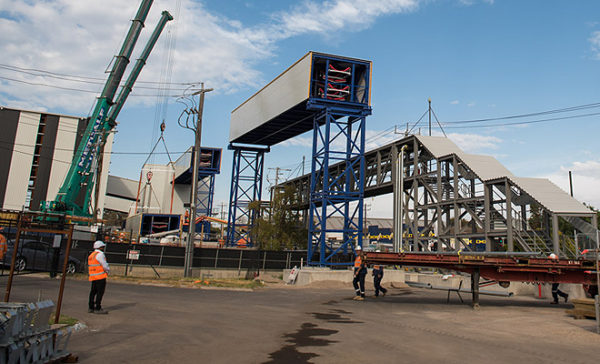 When overground, the conveyor system will run beside the new dedicated workers’ pedestrian bridge that was installed over Somerville Road in late February.

The 25-metre long bridge was put in place to provide quicker and safer movement between the tunnelling hub and northern portal sites for construction workers, where during peak construction will be over 500 people.

The workers’ bridge also frees up space for cyclists who ride along the Whitehall Street shared use path and keeps access free for the businesses on Somerville Road.

Both TBMs will start their journey at the northern portal in Yarraville and move south-west towards the southern portals on the West Gate Freeway.

The TBM cutter head rotates to bore through the earth whilst simultaneously lining the area behind it with concrete segments brought from the surface.

Tunnelling operations will take place 24 hours a day, seven days a week and the TBMs will move at an average rate of nine metres per day.

The deepest point of tunnelling will be 27.2 metres below ground, the same depth of an 8-storey building!

Once in the ground, you can track Bella’s progress on our website, stay tuned for more detail and read more about tunnelling here: http://westgatetunnelproject.vic.gov.au/construction/tunnels.