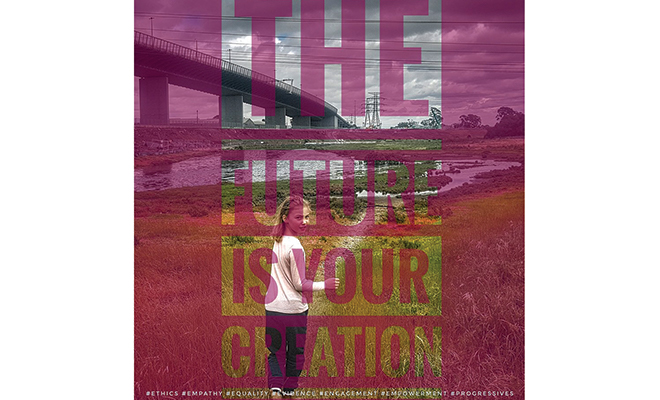 So, last Dumbocracy I tried to explain what it means to be progressive by using the analogy that when we come together in a constructive way, the whole ends up being much greater than the sum of its parts’, ie. we can achieve a hell of a lot more when we work towards our common values and goals than separate from them.

This pearl of wisdom isn’t unique to progressivism but in fact commonly underpins the World’s most disparate and developed societies, ours included. It’s part of the progressive story; a narrative that has seen our societies celebrate and share knowledge and universal values like ethics, empathy, equality and evidence (or truth) to bring people together towards common goals. Our Democracy, Justice and Educational Institutions are some examples of this.

There is another fundamental concept that sets progressives apart, and it involves the idea that ‘the only constant (particularly in today’s world) is change’ ie. that fulfilling the future’s possibility rather than fearing the uncertainty of change is fundamental to our success.

Understanding that change shouldn’t be feared itself but rather, creates opportunity for the future is, I believe, the key to a better one. The change may be good or bad, but an acceptance of the idea that we all have some influence over it empowers progressives towards a positive outcome. Supercharge that idea with the concept that together we are infinitely more powerful than apart, and you get a progressive future that embraces a diversity of individuals creating their best future to the benefit of all.

THE WINGATE DUMBOCRACY: Peter Wingate emigrated to Yarraville before it was even trendy and has a stubborn mission to engage, encourage and enhance its unique community. He is (very slowly) completing a Masters of Education in Equity, Diversity and Social Change at UniMelb and is a founder member and executive with the Australian Progressives.

YCC – A STATEMENT OF SUPPORT