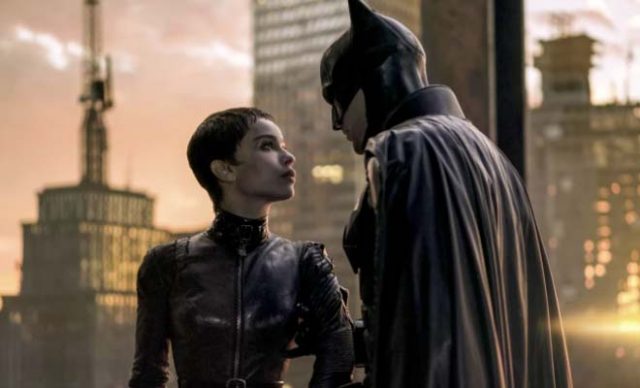 The newest incarnation of the Caped Crusader is by far the most comic book accurate and the most gruesome Batman has been portrayed on the silver screen, and it was beautiful.

Directed and written by Matt Reeves, this Batman reiteration follows Batman (played by Robert Patterson) on the weekend of Halloween in his second year of becoming Gotham’s infamous vigilante. He is rough around the edges and is still learning the ropes of being a symbol and hero the fictional city needs. Where most superhero films are heavily CGI reliant on their action set pieces, The Batman actually lacks in how much action there is. So don’t go into the film thinking it’s your typical new-age DC film or another superhero film trying to copy Marvel’s formula.

The Batman clocks in at the three hour mark so toilet stops before viewing are recommended. As stated previously, what this film lacks in quantity of action, it makes up for in the quality of the fights. The choreography is tight, grounded and you can really feel the impact of Patterson’s hits, and even the hits he takes. What this film may lack in your typical superhero action set pieces, it EXCELS in its ability to showcase Batman as the world’s greatest detective, something the audiences haven’t seen properly on the big screen ever. If you are worried about Robert Patterson taking up the mantle, don’t be, since the disaster that was Twilight, Patterson has evolved into a brilliant actor over the years in his lesser known indie films. In fact the whole cast absolutely killed their performances.

I’d like to congratulate the cinematographer Greig Fraser (Dune, Vice, Star Wars: Rogue One), the movie is visually breathtaking. Never before have we seen Gotham in such a dark and gloomy state, yet at the same time come to life. Some shots are immaculate and jaw dropping, I was blown away and in awe of how beautiful this film looked.

I’d HIGHLY recommend The Batman, even if you aren’t into superhero films with their oversaturation, if you want a mystery/crime movie with hints of horror and action… Well, I’ll see you at the Sun Theatre at the next session!