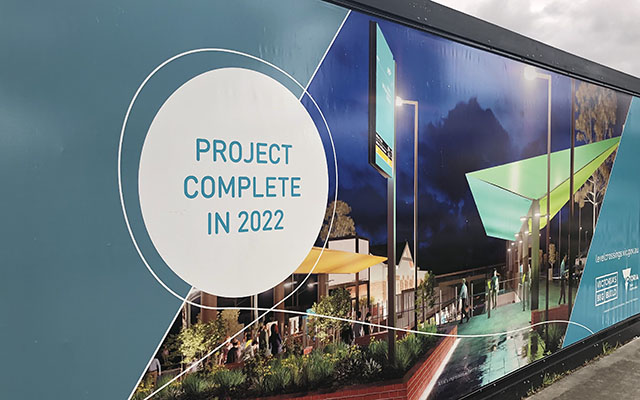 Winter — that time of year when sunlight waits till a civilised hour to sneak through the bedroom blinds. Season of the guilt-free sleep in. What a treat.

Today though, we’re woken at some ungodly hour by the high-decibel drone of heavy machinery. The culprit turns out to be a humble street sweeper, cleaning up after muddy trucks moving to and from a temporary construction site beside the railway line. ‘It’s the number one complaint’, laughs a charming communications officer connected to the level crossing removal project, which has descended upon Williamstown.

But there are more pressing issues to discuss … specifically, upcoming work. The proposed 24/7 excavation schedule has serious implications for the precinct around North Williamstown Station, at least for households wanting to sleep at night. Still, it’s just another hurdle. In one way or another, locals have been living with the Ferguson Street level crossing removal project for years now. 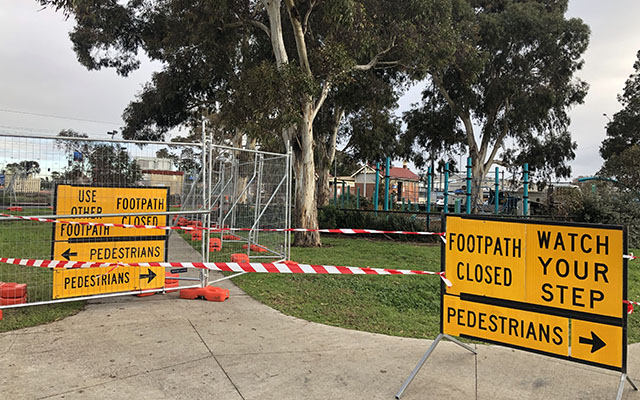 Which takes us back to 2014 as the Andrews Labor government wins office, promising to remove the state’s most dangerous crossings. Though I doubt anyone in town understood the ramifications for our village-like postcode. Who could have imagined a day would come when Williamstown buzzed with discussions about the finer points of ‘grade separation’, and rail-over/rail-under alternatives? But while a full appreciation of the looming crossing upgrade might’ve been lacking, locals were all too familiar with the entangled juncture at the Ferguson Street level crossing — scene of two pedestrian fatalities, near misses and increasingly a headache for peak hour commuters.

In the following years, news of crossing removals in other parts of Melbourne dribbled in, including rumours of sham community consulting processes and massive concrete columns built beside backyard fences. The beast even had a name — ‘Sky Rail’. Time to pay attention.

The west’s history is filled with examples of grassroots advocacy. Parks, hospitals, truck-free roads … you name it; they have at their genesis community-minded individuals deciding that Goliath of a local issue really isn’t so scary after all. And in 2017, a handful of residents came together, forming the Williamstown Crossing Group (WCG). Their stated aim — achieving an outcome for all. 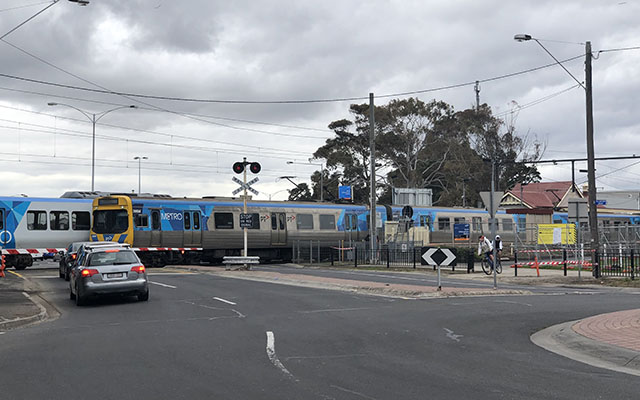 WCG gave a voice to concerns. They identified studies showing little improvement in congestion after level crossing removals. How would better vehicle traffic flow help pedestrians, anyway? Not to mention the need to protect the heritage-listed North Williamstown Station. An ‘awareness raising’ postcard was distributed showing a graphic of Sky Rail hurtling metres above Ferguson Street. It presented a sobering picture of what many feared lay ahead.

The crossing removal featured more frequently in coffee chats. A good thing too, with a community consultation process promised for 2019–2020. Posters appeared in shopfronts and front windows of homes declaring, ‘I SAY NO TO RAIL OVER. YES TO RAIL UNDER’. But that’s not to suggest the conversation was only one way. Some pointed out the design would only be finalised after the community consultation process; postcards and posters were ‘disingenuous’ and spoke of a fear campaign.

At last, in 2020 authorities produced preliminary designs. And, both rail-over and rail-under options were up for consideration. A final decision was pending.

But the devil is often found lurking in details. After the surprise, relief and jubilation settled, it became apparent motorists would still be held up at ground-level pedestrian crossings. LXRP, the authority responsible, had ruled out a pedestrian underpass citing constraints of a safety, technical and logistical nature. An opportunity gone missing? The thousand or so signing a petition for an amendment thought so. 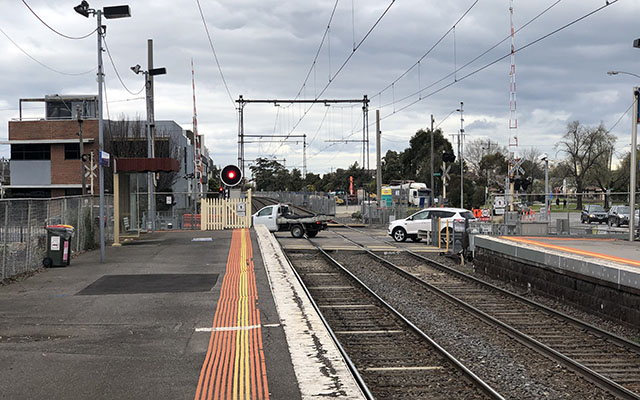 It’s hard to say what influence the community had on the final result. Certainly the strength of local response featured prominently in official press releases. Costing around $200 million, the Ferguson Street upgrade is a mere splash in Victoria’s Big Build $81 billion ocean. However, splashes of this magnitude are a huge impost on small communities. Perhaps the best guarantee of a desirable outcome is a spirited neighbourhood — should this public infrastructure tsunami be passing your suburb’s way.

And pass our door is exactly what Victoria’s Big Build will do. The family home is located a few hundred metres from the Ferguson Street level crossing. And with construction about to reach a frenzy, times are certainly interesting.

Train commuters will need to adjust to the following: from August 2, a shuttle bus will operate at North Williamstown Station; then from August 20 to November 13, closure of the Williamstown line means buses will replace trains at Newport for about three months. As for motorists — from August 15 for six weeks, a detour will be in place at the crossing while Ferguson Street is closed.

We opened our letterbox recently to find a relocation offer. Noise at night will be loud as earth moving equipment carves through basalt and clay, removing enough dirt to fill 20 Olympic swimming pools. As a result, we’ve spent lockdown 5.0 trying to sort out how our family of three will pick up our lives, and move out till later in the year.

You discover how sweet home is when it’s time to go. And I know this may sound strange, we’d probably be forgiven for feeling upset, but a sense of calm prevails in our house. After years of uncertainty and wrangling, the project will be completed early in 2022. Finally, we have the end of a long journey to look forward to.

LANE CHANGES IN PLACE ON THE WEST GATE FREEWAY

CATCH OF THE DAY