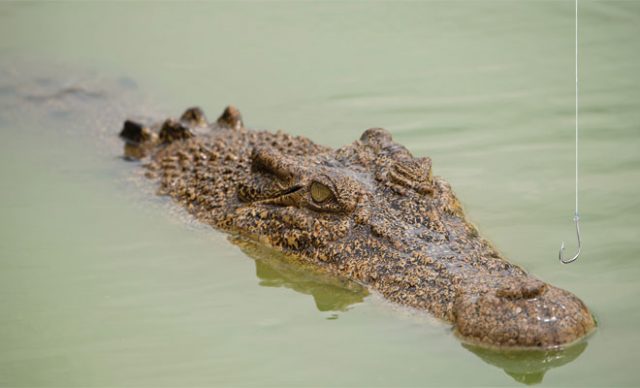 I had never seen crocodile meat in Melbourne. But after visiting Darwin two years ago and learning of the meat’s growing popularity—35,000 Crocodylus Porosus are currently farmed in Queensland, the Northern Territory and Western Australia – I figured someone must be snapping it up.

Kangaroo was easy enough to track down, but the fillet of Australia’s largest predator proved a tough nut to crack. Yet, crocodile meat, a by-product of the skin trade, has been produced commercially since 1987, and been available for sale in all states and territories since then. It is also sold for export.

This being the case, I was puzzled that Melbourne seemed to be a croc-free zone. I could not find the meat at the supermarket, nor any of the game meat restaurants where I’d most expected to see it.

It wasn’t until I had combed the City, Fitzroy, Southbank and Prahran and then continued westward through the suburbs, that my investigations bore fruit. Yes, a small portion of the 180 tonnes of crocodile meat produced in Australia annually ends up in Melbourne- below is where to find it along with ways to prepare it. 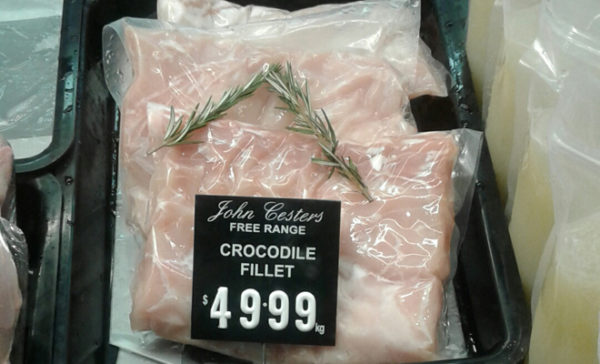 Forget the supermarket, find a butcher

Here is a list of inner city and western suburbs butchers who stock frozen crocodile body flesh and soup bones – if you don’t see it on display, ask the sales assistant or check in the freezer cabinet:

If you’re ready to dive in with a large order for, say, a family barbecue or special celebration, check on availability with these suppliers:

Experiment with a few different recipes

You won’t find croc recipes in Dymock’s Asian and European inspired cook books, but these two, shelved in the Australian indigenous food section, list one recipe each:

Melbourne food writers and big name chefs seem to have given crocodile meat the flick; William Angliss Institute does not offer any expertise; and the National Heart Foundation’s web site makes no reference to the meat’s many health benefits.

Have a bite out