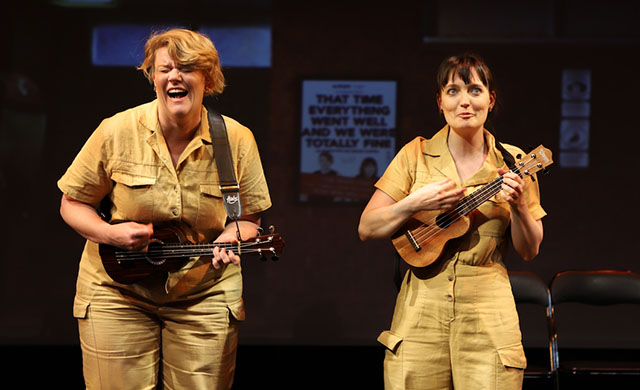 In a year full of change, evolution and reflection, favourite local theatre company Wit Incorporated has been working hard behind the scenes, and have announced some changes afoot.

Wit Incorporated was founded in Footscray in 2014 by Jennifer Piper and Belinda Campbell, from a desire to enrich and contribute to the arts in Melbourne’s inner-west with a full-time professional theatre company, fostering a culture of theatre-going within the community.

In 2020, after seven years establishing and building the company, Belinda and Jennifer are stepping back from Wit Incorporated, inviting Company Members Lansy Feng and El Boydell to step up as Artistic Director and Company Manager respectively.

Lansy Feng is well known to local audiences from her 2019 work How I Met My Dead Husband. Lansy first joined Wit Incorporated in 2018 to perform in Ophelia Thinks Harder, and has been a key Company Member ever since. A graduate of National Theatre Drama School and Howard Fine Acting Studio, she has a strong background in performance and theatre-making.

El Boydell is an arts manager and independent producer with a background in live performance and community engaged practice. She brings strong connections to the arts and culture sector of Melbourne’s inner-west. El joined Wit Incorporated in 2019, and has been slowly succession planning with Jennifer Piper for nine months.

Wit Incorporated is also announcing a new teacher of community drama program Wit Kids – Maddy Magee-Carr. New to Wit Incorporated, Maddy brings a wealth of experience as a drama teacher and artist, and will lead the Wit Kids program onwards.

Belinda and Jennifer have a strong legacy in independent theatre in the West, and their contribution to Wit Incorporated will continue in new ways. While Belinda remains on board as Committee Member and Artistic Adviser from her new home in New Zealand, Jennifer has stepped down from the committee but remains around as a friend and collaborating artist of Wit Incorporated. Jennifer continues to make art in Melbourne’s inner-west.

Wit Incorporated will be back to a theatre near you in 2021.

Photo: Sarah Clarke – Belinda Campbell and Jennifer Piper in That Time Everything Went Well and We Were Totally Fine.