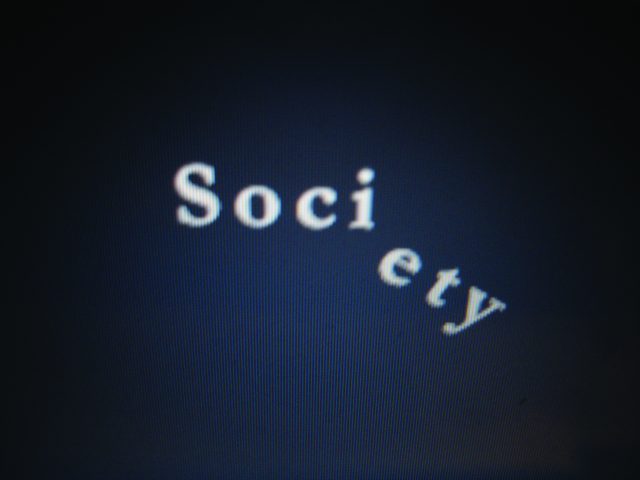 Having an opinion, even a really passionate opinion, does not mean that you and your opinion have any greater worth.  You are not a bigger, better, smarter or more valuable member of modern society because you’re certain ‘we’re being flooded by refugees’ or that ‘cosmetic surgery is evil’ (or any other random view that takes your fancy).  In most cases you won’t have the knowledge/wisdom/experience or, dare I say it, intelligence to take a meaningful position on a non-personal topic; in fact you’re doing society a favour by keeping your mouth shut.  Well, that’s my opinion anyway…

An old Uni. lecturer of mine (this was nearly 20 years ago, and he was, even then, quite old) used to say that he’d only had one ‘original thought’ in his career and he was jealous of others who had the temerity to have had 2, or more. His great intellectual breakthrough (unique or otherwise) was that broadly, ideas and thinking in our modern information-age are ultimately binary, or black and white.  What we think and the way we think has a fundamental value, either one or zero, positive or negative.  In a world flooded with information beyond our imagination even a century ago, the human brain reduces data (as a computer does) to its smallest denominator. This ultimately affects us in nearly every way possible from decision-making to the way we see and construct our world.

What it got me to thinking was; 1) gee, my head is starting to hurt and, 2) I’m pretty sure that, at some intellectual level his ‘original thought’ has some merit.   It may even help explain why so many dang people have so many unsophisticated, un-nuanced(sic), unintelligent opinions on topics that they really shouldn’t have.

Our society almost expects us, to be considered valued and participating individuals, to take a position on topics we have absolutely no clue about.  Think you’ve got your head around the war in Syria?  You don’t have to; an opinion is all you need!  Climate science and global warming a bit beyond you?  That’s ok, just have a strong opinion one way of the other and all that boring research and analysis stuff need not be of concern to you!   Its almost as if to admit to not having an opinion implies laziness, stupidity or lack of social engagement, whereas having even an unfounded opinion means at least you’re ‘having a go’.   We have been conditioned to feel validation as human beings for having opinions themselves, rather than concerning ourselves with the actual merit of our point of view.  ‘I opine, therefore I exist’ is perhaps the mantra most applicable to our commercial, information-age society (after ‘I consume, therefore I am’, of course).

Why does this concern me anyway?  Surely everyone has the right to an opinion, whether the act of having an opinion is ego-centric or not?

Its not that simple (or binary).  Everyone has the right to an opinion, but when societal conditioning and expectation produce simplistic black or white, lowest-common-denominator points of view amongst a significant portion of us, our society as a whole suffers.  Policy, leaders and Governments are influenced by public opinion in a democracy, and this affects us all.  Simple-minded opinion for the sake of it does not only the holder a disservice but society as a whole.

My advice is do the world a favour and get your sense of self from something other than picking a team in the facile game of opinion.  Resist the computer-age urge to file away data in binary form, lumping ideas as black or white while conveniently ignoring any challenging shades of grey.  Take the opinion that, on topics you don’t have a personal or expert engagement with, a an ultimately binary opinion is not appropriate.  Our world is amazingly complex, convoluted and crazy…and definitely much more than the sum of its ones and zeros.