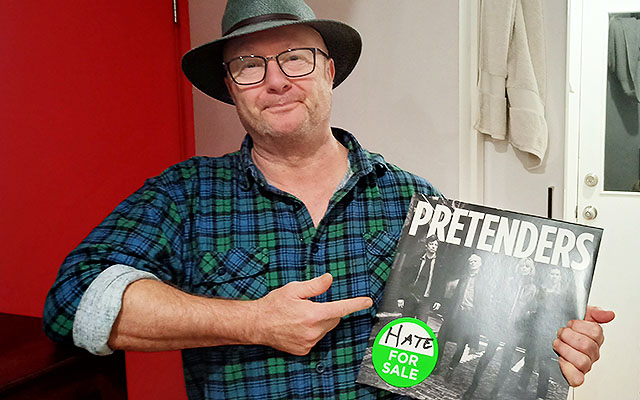 The Pretenders ‘Hate For Sale’

Sent in by Glenn

‘Hate For Sale’ is The Pretender’s eleventh studio album and came out in 2020.

I only recently bought it and it took me by surprise because it’s that good! Chrissie Hynde is still doing vocals and Martin Chambers returned on drums. They are the only surviving members following the deaths of James Honeyman-Scott and Pete Farndon in 1982 and 1983. Accompanying them are some really good New York musos. If you’re familiar with their work, this won’t disappoint. Hynde is one of the original rock chicks, known for more than just her commercial hits of the late eighties and nineties, and at sixty-nine years old, her voice is as powerful as ever. ‘Hate For Sale’ has some killer punkish, grungy songs on it with heavy guitar sounds like on ‘Junky Walk’, and a nice slow ballad called ‘Can’t Hurt A Fool’. I have this on high rotation at the moment. Have a listen, it’s worth it.