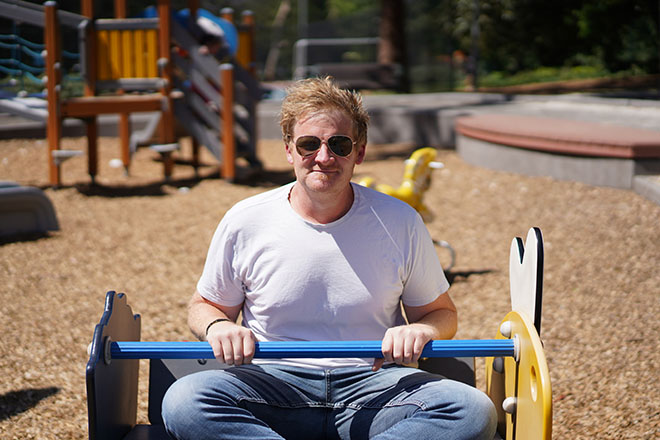 Five years is a brilliant achievement for a printed publication, these days. Let alone one that is community-focused and produced largely by volunteers. FIVE. YEARS! Let’s all pause for a moment (or five) to acknowledge that in a period of time when printed newspapers are thinning in both quantity and genuinely-local content, The Westsider is solid and valued and with more to achieve. It’s a bright future for the inner west and its’ people-powered publication. A standing ovation is more than deserved.

The Westsider and the team behind it have reached an impressive milestone, and I’m chuffed to make a small contribution to it now and then. Because the paper, and the type of people who do make it, are my kind of people.

They value community. They connect and showcase people.

They work as a collective with varying skill sets that complement each other, and they celebrate the shared success.

They’re smart and kind and accommodating.

They think globally but act locally.

In short, the people of The Westsider are the tribe I’ve long hoped to belong to, and they’ve welcomed me with open arms, understanding, patience, forgiveness, humanity, and endless kindness. I heart them.

In setting out to write a personal piece that looked back to where I was five years ago and where I am now, I underestimated the emotional impact that awaited me. I thought I’d be OK to merely report on the starting position and contrast it with my current one, and celebrate the good that’s come in that time.

But that starting position… golly. Now I look back and immerse myself in where I was at, it’s quite morose. Regular readers of my writing will know much of what I’m talking about. But for those who don’t, which is quite possibly a sizeable majority, here’s a quick recap.
In 2014 I was 32, had been with my then-wife for nine years, had three children under 6, and was one year in to my role as an executive manager in a financial services-based membership organisation. They’re the good boxes that had ticks in them, but there were, not ‘bad’ boxes, but ‘prefer they weren’t’ ones with ticks, too.

My old mate the black dog was chasing me down again – the third period of depression I’d faced. I was taking the medication for it, but that’s all. I saw a psychologist for help with a specific issue but we didn’t delve deeper and see what else was under the hood, and that was my doing.

I was in the middle of stacking on weight, then sitting at about 20kg more than I had been a year earlier. Drink was an issue. Bad food was an issue. Exercise was an issue. My insides were a mess, biologically and psychologically.

A perfect storm crashed down over me. My marriage ended, my professional life went from being my saving grace to another spiked mace, and I felt one more bad event away from opting out altogether. I didn’t want that, but it felt more and more like the only possible solution to how I felt and where I was.

The intervening years have been incredibly difficult, challenging, eye-opening, incredible, testing, rewarding, draining, exhilarating, deflating, and everything else in between. I don’t want to recap all the ins and outs (The Westsider website has all my musings from this period if you’re interested), but I do want to take a snapshot of where I am now, compared to five years ago.

I’m a single dad who has a great relationship with his kids. The days we have together are usually the best of my week. I adore my children and we laugh, cuddle, adventure, learn, and grow together.

A few potential partners have come into my life for varying periods of time, and while I am contentedly single, still, I learned about myself from each of them, and I’m comfortable on my own. If that’s for a short time longer or for many years yet, so be it, either way. My relationship status doesn’t contribute to my self-worth, any longer.

Professionally, I’ve completely changed my focus. My candid and confessional-style writing about personal challenges, mental health, fatherhood, masculinity, and trauma, have been commissioned by publications and read by hundreds of thousands of people, and it’s been such a huge buzz and source of pride. As a little kid I always loved stories and writing and learning about people, so to do that for a portion of my income makes my inner child dance with joy.

Occupational therapy was something I found extremely helpful – learning what would be good for my soul and spirit, and what wouldn’t be. My former corporate career was identified as a non-viable option for my mental health, so I’m retraining to do something completely different.

Interestingly, the field of mental health itself has drawn me in, and I’m part-way through studying to become a mental health worker and I’m now an accredited instructor in Mental Health First Aid. Both of those things will allow me to draw on my own experience, as well as the academic and sociological frameworks I’m learning about, to be of guidance and support to others who would benefit. And no more ill-fitting suits, woo!

Creatively, I’ve fashioned my life experiences and interest in stories into a not-shit comedy venture. Comedy gives me nourishment and joy, and when combined with real and human stories and connection, it just makes my heart sing. Being able to write two solo shows and tour them around the country is something that blows my inner child’s mind in the most fantastic way.

Other interests and hobbies have taken root, too. I grow vegetables and enjoy gardening. My kids and I have an elderly rescue dog we adore, chickens who I talk to while I potter around the yard, rabbits who cuddle on the couch with us, and a turtle named Snuggles who loves watching the footy on TV with me (sounds a stretch, but it’s true!).

This year, I’ve started running and have completed two 10km fun runs, one of them alongside my 9 year old son, and I really enjoy the mental challenge of running as much as the physical.

And most importantly, ‘the future’ is something that not only doesn’t make me enormously fearful anymore, but is something I have some ideas about that stretch beyond just this year and the next. I allow myself to hope and dream, again.

I don’t know what the next five years might bring, but I know I’ve learned a heck of a lot these past five. If the very embodiment of evolution is to do a little better than the past, then I will indeed evolve even more.

And I’ll probably write about it, too, for those who want to come along for the ride 😉

ADVICE AND HELP FOR PARENTS AND ADOLESCENTS