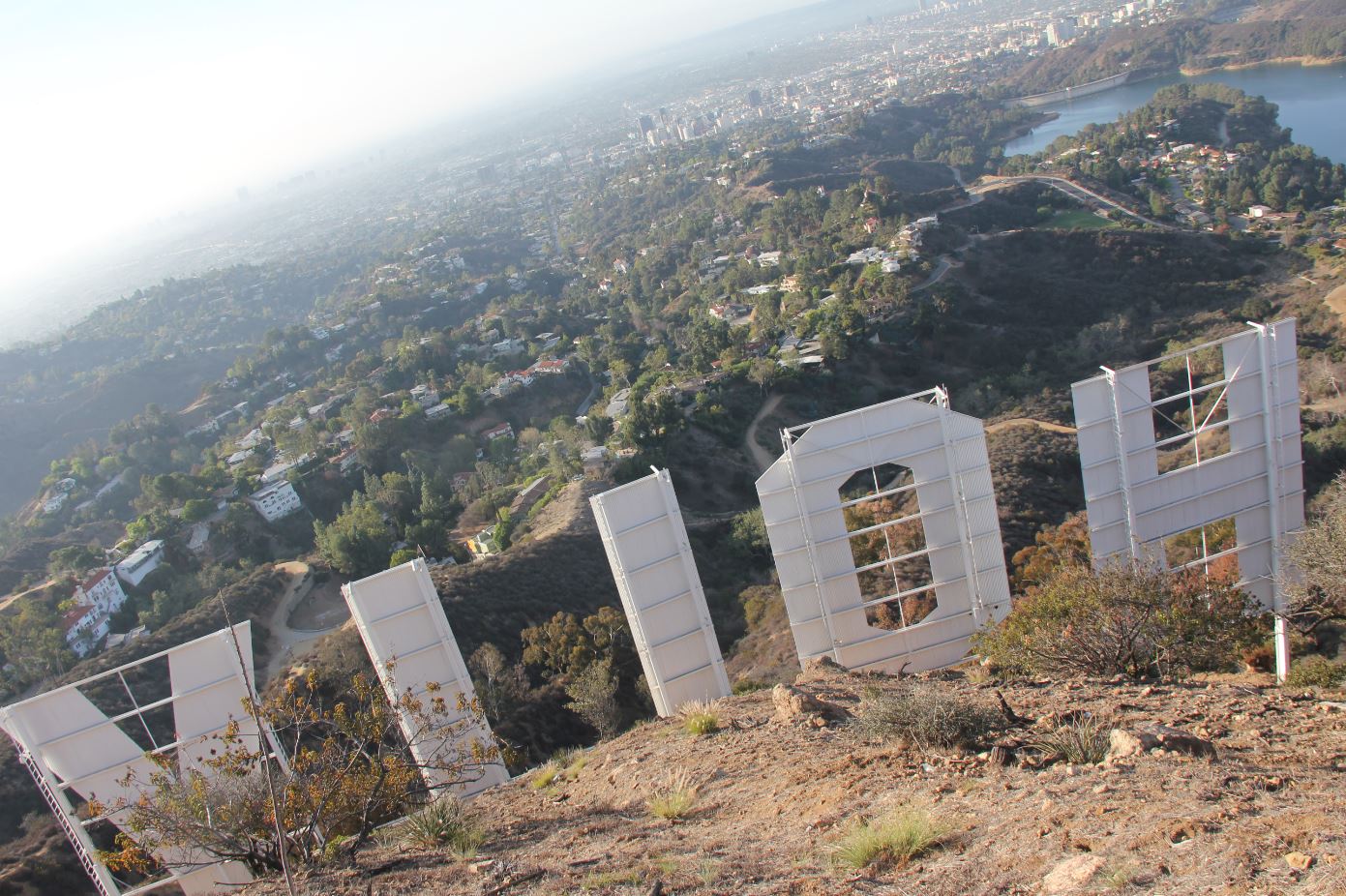 I have to say, since my first visit almost 30 years ago, I’ve avoided Los Angeles like the plague. And the swine flu, or to be honest, even the common cold. Nothing could make me stay there for more than an overnight connection, and even then I’d protest, drag my heels reluctantly from LAX arrival hall to a taxi, then just drown my sorrows by the pool or in the hotel bar before setting my alarm for the 6am trek back to the airport the next morning – even if my outbound flight was in the afternoon.

There’s the constant smog, or haze, or whatever that is. The traffic is just nuts – it takes an hour to drive to, well to pretty much anywhere. There’s the constant fear of getting lost and being car-jacked, or worse still being written into the narrative as an ‘innocent bystander’ of a real-life Tarantino flick (“That’s Zed!”). What’s more, there aren’t any obvious ‘must see’ sights, and that’s including Hollywood and Disneyland. Finally there’s the people, who are everything they appear to be on TV – fast talking, plastic, sickly sweet and improbably insincere. Nowhere does the old adage “Fake it ’til you make it!” do more mileage than here.

So what if after all that you were wrong? No not about the stuff I just mentioned, that’s as permanent as the imprints of Mel Gibson’s tiny hands in the concrete blocks in front of Grauman’s Chinese Theatre. No I mean, what if there was more to LA? Recently, I resolved myself to wipe the thin film of grime from my sunglasses and take another look. 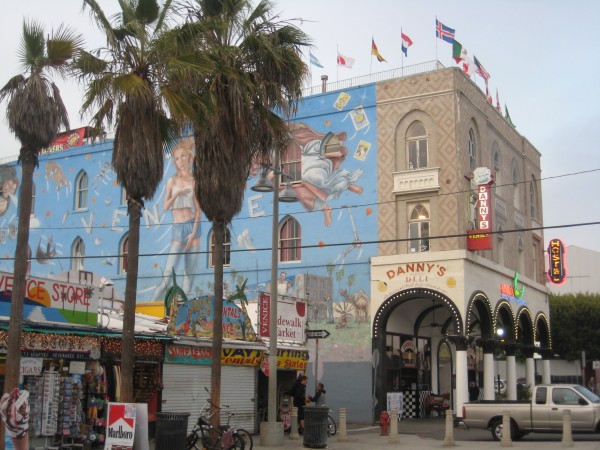 Since those early days of wanderlust I’ve learned that one of the best ways to enjoy most cities is to befriend a local. It doesn’t matter if you don’t meet them in their hometown, you just have to share a conversation, a laugh, some vaguely palatable social and political views, and most importantly, contact details. Even if they’re jerks, at the very least you’ve got someone to pick you up from the airport, take you to a local bar and point you in the direction of the couch at 3am when your lips are numb and you’ve forgotten your name. Better still, you rarely have to reciprocate, even the most intrepid foreigners will soon work out that Australia’s friggin’ miles away, and they will never make it ‘Down Under’ to your place and frighten your mum.

It’s at this point it makes sense for me to introduce my friend Lee. That’s his actual name by the way – he said I could use it. Lee’s white, conservative, typical American middle class military upbringing, anti-immigration, anti-Obama and pro-Trump. Lee hates taxes, ‘big government’ – or any sized government for that matter – and social handouts. Getting the picture? Most of you will be horrified by that description, but don’t be so concerned – to Lee it’s a compliment, a badge of honour. I know being friends with Lee leaves one of the main boxes above unchecked, but hey, he’s still a likeable guy.

Once you’ve made your friend, step two is to get them to introduce you to their friends. Suddenly the conversations are (slightly) broader, the settings varied, and the back-stories fascinating, even more so in LA, where an estimated 22% of people in the greater area’s 18 million inhabitants are employed in some capacity in an artistic/creative role or entertainment support industry. 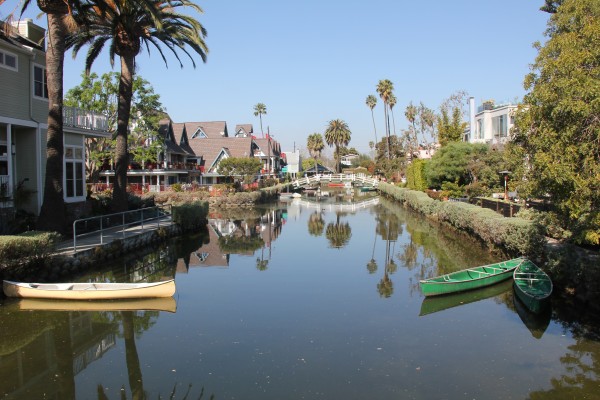 And that’s how we end up at a Super Bowl party on US sport’s biggest day of the year. The watery beer is flowing, the pork ribs are sizzling and collagen lips are smacking.

“Hey have you met Nikki? She’s an actress-masseuse”

“I drive an ice-cream truck” replies James, his million dollar smile fading to about a hundred bucks worth.

20 minutes in and I can’t take it any more. “Hey Lee,” I say taking him aside, “what’s with all these people? Why don’t they just pick a career that they like or they’re good at?”

Lee laughs. “Man, it’s LA, we’re all living only half the dream. Entertainment is the industry we’re in here. Take that away and all of a sudden we’re just a sad bunch of cooks, cleaners and taxi-drivers.” His gaze surveys the room “I may as well go back to Phoenix, Phil can go home to Pittsburgh, and James will just drift back to… Hey James! Where you from anyway?” he yells.

“The Valley!” comes the reply.

“Oh.” says Lee. “Well just forget James, but you know what I mean.”

I do know what he means, and then it hit’s me like the riff in that Courtney Love songCelebrity Skin: “Hooker-waitress, model-actress…” I’m living temporarily in the world of the hyphen people, where one’s very existence is hyphenated, and the road to success is long, hard, and more often than not, just a mirage. But who am I to judge? I’m a writer-web developer for goodness sake, and my time (and income) is heavily skewed to the latter, less impressive of those two titles. 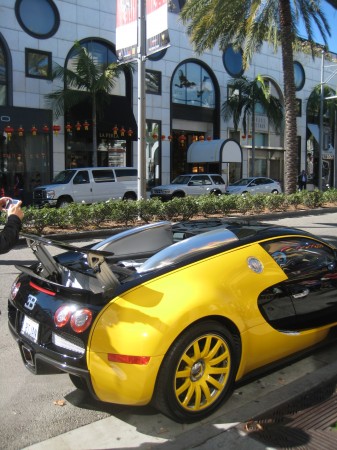 I drift back to the conversation. One of Lee’s friends Rick is telling me about a movie he was in. “It’s only available on YouTube at the moment” he says earnestly, “We’re pushing hard for it to come out on DVD. A problem with the music rights”

“Yeah” I say ignoring his hopeless attempt at an Aussie accent, “This is more than fun – it’s educational!.”

All of a sudden a light bulb goes off inside Lee’s skull and he’s serious. “Hey, you know what? You could make it here! You’re a writer, you’ve got other skills, you’re a good talker. LA might fit you – you could really ‘do’ LA!”

Before I start to see stars, the rest of Celebrity Skin wafts into my mind “You better watch out, Oh, what you wish for, It better be worth it”

Yeah I think I’ll leave that dream for the next director-stuntman that comes along, but in the meantime, perhaps I’ve found the real LA, an LA I could even grow to like.

TRAVEL BOOKS TO INSPIRE IN ISOLATION

YOU WANNA BE THERE BUT YOU AREN’T ALLOWED TO TRAVEL