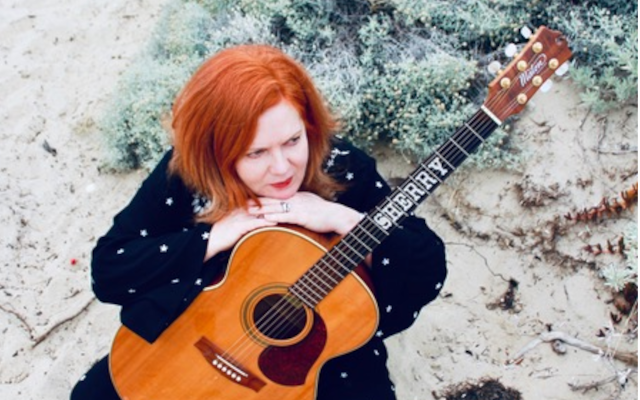 Sherry Rich is a Newport resident with a long music career in Australia and the US. Paula Maki talks to Sherry about her journey and the new album The Divine Crimson V, recorded on campus at Kindred Studios while artist in residence at Victoria University.

A fiery woman with red hair and matching lipstick is not afraid to look the cameraman in the eye while thrashing her guitar and singing boldly with complete control. The YouTube video is a clip of Girl Monstar, an all female Australian rock band which formed 1988, and for a while they were the opening band for big names at the time, such as The Ramones, The Buzzcocks, Skid Row, The Divinyls, Poison, The Sunnyboys, The Hoodoo Gurus and more. Sherry was only 22, and has since developed a rich creative career.

Sherry has been creating music in roots, country, folk & rock since 1985, worked as a songwriter in Nashville for 10 years and is an Aria nominated singer songwriter. 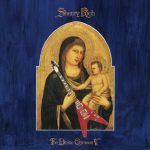 You’ve been songwriting for your whole life, and you’ve been supporting yourself as a musician for most of your life, so tell me about your latest album, The Divine Crimson V.

The artwork for the divine crimson V was actually a collage I made while I was doing a Creative Arts and Industries degree at VU. I liked it for subverting the traditional idea of the Flying V being part of the white male dominated heavy metal realm. It’s also a symbol for me to honour my creative life. It’s a bit of a feminine power thing. V can stand for Flying V, vagina, victory, whatever you want.

Your mother Noelene Rich is also a singer songwriter. Was she a big inspiration for you?

Early on from when I was about seven I used to sing with her. She taught me how to sing harmonies and collaborate. I love harmonising and working them out, it is one of my greatest loves in music. My first band was a rockabilly band in Brisbane with my brother Rusty Berther. We grew up listening to my Mothers 50s and 60s record collection. I think that being a country singer songwriter is what speaks to me the most, but in order to keep my mind entertained I float around in the roots genre a lot and  have different projects.

I’m in a folk rock duo called The Grapes with another Melbourne songwriter Ash Naylor. Also the Rich Family band with my brother, my husband, Rick Plant, and my mum Noelene. I’m also in the kids band The Mudcakes with my husband. I’m a big believer in ‘art follows life’, so when I had kids in Nashville, I started writing children’s songs because they were the songs I sang to my babies. It became a project naturally, we wrote an album and when we came to Australia it was one of our biggest money earners playing lots of festivals in New Zealand, the US and Australia. Never underestimate moving across genres and having many different projects at the same time to make a living!

Where did you learn about songwriting?

Well I went to Nashville because if you were a songwriter, then that was the place to go! I’d been to High School with Keith Urban and was still in touch with him. I signed a publishing deal with BMG publishing and I got paid to work with other writers. Every week they’d send out a list of what sort of songs they were looking for. For example they’d say ‘we’re looking for a tropical country song this week’ and I’d improve my writing skills by learning how to write to a bit of a formula and to not be so guarded about my ideas, but to share and experiment with them.

How did you end up teaching and mentoring at Victoria University?

I went on a China study tour during my degree where I met Greg Aronson (Senior Lecturer in Music at VU). After we got talking he asked me if I wanted to mentor music degree students to help them gain experience and knowledge in the industry. That’s how I came to Victoria University as an artist in residence and as the VU Music Agency Manager. 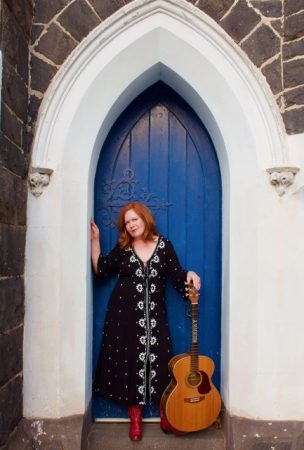 Do you think that you have to be tough or of a certain character to be able to navigate the music industry as opposed to other more ‘straight’ careers?

Yeah I think you have to be able to work hard in any career in the Arts, but especially because there are many talented artists who don’t succeed because they can’t handle the insecure financial situation and all the ups and downs.

You have to be very creative and versatile in the way you operate in a lot of different facets of the industry.

I encourage students to write up their own invoices, to communicate and negotiate. Artists should always have some sort of agreement, even if it’s just an email about getting paid fairly.

The psychology of being an artist is a whole other thing, the importance of knowing your worth and feeling intrinsically that your work is worth it. In my workshops at VU at the moment I’m trying to impart knowledge about the things I wish I knew while I was in my 20s, like taking care of money better and focusing on image and branding as well as the musical product.

One of the reasons why students chose VU is because it offers industry experience in a practical and hands-on way. You learn not just to be an academic or a good player, but importantly, emphasis is placed on learning how to realistically survive in the music industry.

What do you think about the gender balance debate that’s happening around festivals and gig lineups?

Maybe I’d call myself an activist in this way. Sometimes I think it’s a shame when I look at a big lineup and there aren’t many women in the line up. I used to avoid only female lineups though and I’m still in two minds about it. I mean, most of my friends in the industry are guys, and I work with them all the time. I just want to be seen as a good musician. I think that there needs to be more visibility of women in the music industry so that onlookers and young girls can see other women on stage as the norm and not just their boyfriends.

I don’t know all the music theory and have never had formal vocal or music lessons, but I see my voice as a vehicle to get across the meaning of my songs. That’s why I encourage girls who just sing to learn an instrument. You have so much more power and understanding of what’s going on. You can express to those who you’re writing with more of what you want to do, and you can collaborate more actively and effectively.

How do you balance a long term music career and family?

If you’re going to have kids, know it can be hard to balance both a career and a family. However, you shouldn’t have to make the choice between one or the other – even though women often feel like they have to.

You don’t often see male musicians having to make that decision.  The twists and turns in your life are part of  your life as an artist! Having kids changed my songwriting and did a lot for my growth as a musician.

Sherry is showcasing her new album the Divine Crimson V at Kindred studios on November 5th alongside her ‘Illuminated Lyrics’ artwork which will be displayed at the launch and then at VU Metrowest Gallery.

The album is a VU Artist in Residence Project, written and recorded at Kindred Studios, Yarraville about her life and the neighbourhood in Melbourne’s west.

Divine Crimson V is available on vinyl and digital at sherryrich.com.