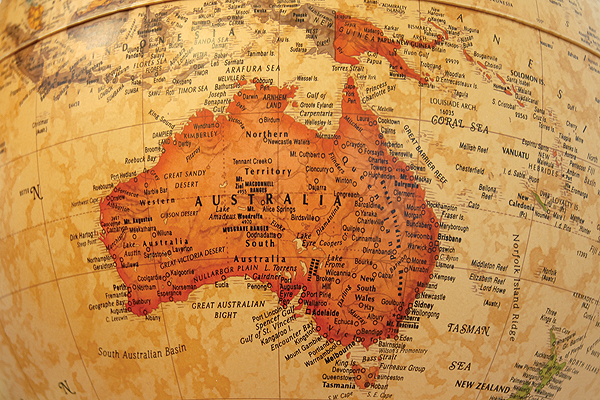 Greetings, dear readers, from the voice of a woman, dwelling here in middle Melbourne, in the lucky land of Australia. Food for thought: “if onlys” can wreck our days. That thought has set me off.

If only politicians in Australia were forced to be accountable for their duties to all people living in Oz.
If only the Prime Minister and the leader of the opposition sat down in front of the media, at 5 pm every Friday evening. If only political journalists were true to their vocation.
If only they would ask these two jokers exactly what they had achieved each week in Parliament.
If only the politicians spent the week creating job opportunities for young school leavers.
If only the politicians had restructured the Australian manufacturing industry.
If only the politicians had instigated incentives for small business owners. Then they could make a living salary, and employ others.
If only the politicians had spent the week making positive programs for old age pensioners, battling to feed themselves in suburbia. “If onlys” wreck your days!
If only we could ask the Prime Minister to explain how much superannuation he or she is earning, for not doing all that. If only we had real political journalists!
If only the Prime Minister of Oz did not have to brown-nose the President of the USA, and the Royal Family. Cringe worthy. Australia is what we are, either royalist and/or republican. This comes from our convict ancestry, what made Australia great, thumbing our noses at authority.
If only the Australian infrastructure did not have to be funded on the mining industry.
If only the mining industry was not producing materials for bombs and weapons.
If only there were not so many atomic bombs in the world today, all made from uranium, mined in Australia. If only ‘they’ were not bombing Syrian kids and civilians tonight. But’ they’ are not bombing the oil wells in the Middle East.
If only there was not so much cynicism in the current world of the here and now.
If only any–ism was not liable for criticism.
If only there were not so many schisms in our global human race. If only multiculturalism was truly effective. Maybe one day.
If only children were not taught bigotry and racism by their elders. Racism is only skin deep.
If only, in our lucky country of Australia, there were no homeless youth or families, sleeping in cars or doorways, even in the middle of winter.
If only there were no street kids in Australia. This is a first world land. Society is to blame.
If only male supremacists were also accountable for their own behaviours.
If only Australia no longer needed women’s refuges. Women’s refuges are managed by other women, who have ‘been there, done that’.
If only women’s refuges were obsolete, no longer necessary.
If only ageism did not exist in a society where everyone grows old.
If only older unemployed people did not encounter the hidden prejudices of potential employers, stymied by stereotypes.
If only nursing homes and retirement villages were not so expensive.
If only aids for the struggling old did not cost so much.
If only society was not to blame. “If onlys” can wreck your days.
If only human society did not make so much garbage. One day, way back when, an ape stood up. The human race became smarter, and made trash. We made vast garbage dumps full of toxic wastes. If onlys can wreck your days.
If only we all embraced change in the millennial world in a positive manner.
If only we could create alternative beneficial solutions. Change is part of human society, and the only thing that never changes is progress.
If only all change was for the benefit of the future of Australia.

The voice of a woman does say, “if onlys can wreck your days, so don’t let them!!!”