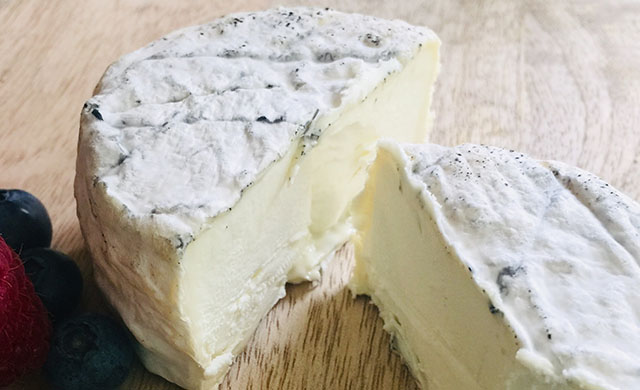 Luke and Vanessa Lipscombe took a circuitous route to becoming cheese-makers by first training in ecology and education until the foodie bug bit them. It was a job in an Italian cheese shop which changed Luke’s focus and led them both into their new lifestyle.

Drawn to the scientific aspect of cheese making Luke  took a job working for an artisan cheese-maker in Beechworth where he learnt the art of French style cheese making and became more interested in the microbiology of the ripening process.

Next he & Vanessa jetted off overseas to spend time eating and learning more about cheese travelling through France. Upon their return, they decided to turn their dream of owning their own cheese making business into a reality. Relocating to Myrtleford in beautiful North East Victoria they established their bespoke artisan business. It was the lush countryside and strong dairy focus of the local area that determined the move and so “The Peaks Artisan Cheesemakers” was born. 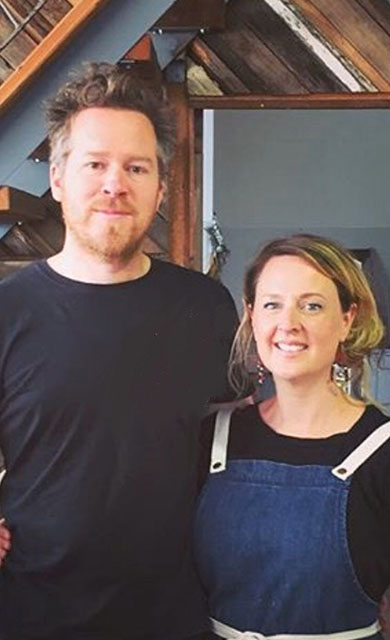 Their goal is simple: to make beautiful cheese from the highest quality local milk. Cow and goats’ milks are sourced from single herds in the Victorian Alpine region – traditional dairy country which is amongst the most sustainable in Australia due to its high rainfall and quality soils.  Single source milk means minimal processing and maximum freshness – important, fundamental attributes to producing quality cheeses.

Operating out of their custom-made factory in a 40-foot shipping container, designed & built by Luke with help from his father Paul, The Peaks Artisan pride themselves on manufacturing their cheese by hand using traditional methods. The factory, which took almost a year to build – consists of two maturation rooms, a drying room, a make room and an airlock which was all custom built to ensure the perfect environment to make cheese. The beauty of having a cheese factory in a shipping container is that it can be easily transported as the business grows. 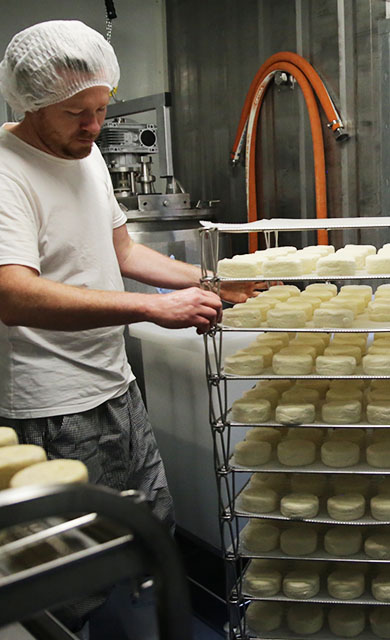 They use the rich and creamy milk from Normande cows, famous for its cheese making properties, being preferred for many of the world’s most famous soft cheeses, such as Normandy Camembert, Pont-l’Évêque and Livarot. The same organic farm provides the goats milk for the goats’ cheese. A small herd of mixed breed goats, including British Alpines, Toggenburgs and Saanen, are hand milked. Good quality milk from happy animals is a priority and makes the best cheese. Maturation takes place in the “cellar” and this is when the magic happens. As a fermented food, cheese is a living organism and the focus is on providing environments where specific microbes can create desirable flavours and textures.