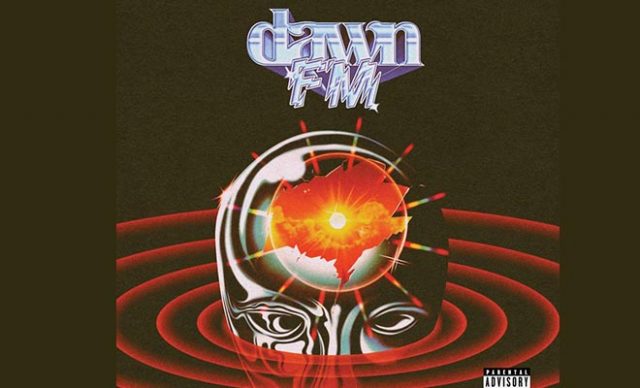 Dawn FM is the fifth studio album from Canadian singer-songwriter Abel Tesfaye, aka The Weeknd. One of the first new records of the new year and it has already set high expectations for artists.

This record follows the release of Abel’s 2020 award-winning album, After Hours, with a smooth transition between the two records; it’s also been confirmed by The Weeknd to be a part of a trilogy.

Dawn FM succeeds where After Hours fails, the latter is very much an experimental record, diving into the unknown and unfamiliar sounds for The Weeknd. Dipping his toes into 80’s synth-pop like his record breaking song ‘Blinding Lights’, as well as sprinkles of disco and pop-funk whilst keeping the dark trap-soul RnB aesthetic that he is known for.

After Hours tells the tale of Abel escaping the fake lifestyle of Los Angeles after a failed relationship. Going back to his toxic ways in Las Vegas, traversing through his loneliness, to regret, to escapism through drugs, sex and other means until returns to loneliness to where his psyche ‘dies’.

Dawn FM, much like its title, takes on a radio style approach. With narrations from actor-comedian Jim Carrey, as well as interludes and skits featuring the legendary Quincy Jones.

This album feels like a long interlude in itself, to fill the void between ‘death’ and The Weeknd’s next destination at the start of the third album. However, Dawn FM has no skippable tracks, with disco-funk tracks such as How Do I Make You Love Me, Take My Breath (which has an amazing transition between the two tracks), Don’t Break My Heart and my personal favourite Less Than Zero.

Abel is able to flawlessly dabble and switch vocal tones as easy as it is for us to breathe. Transitioning from deep ‘chest voice’ ranging from a lower bass F, rising to the tenor G sharp. To then applying his famous ‘head voice’ falsetto, reaching deep into his Michael Jackson-esque bag of influences.

Dawn FM, unlike its predecessor, knows what it is and the purpose it serves. The Weeknd has a clear and focused vision with this album and it certainly paid off.

The Weeknd’s Dawn FM is a must listen to kick off the new year!