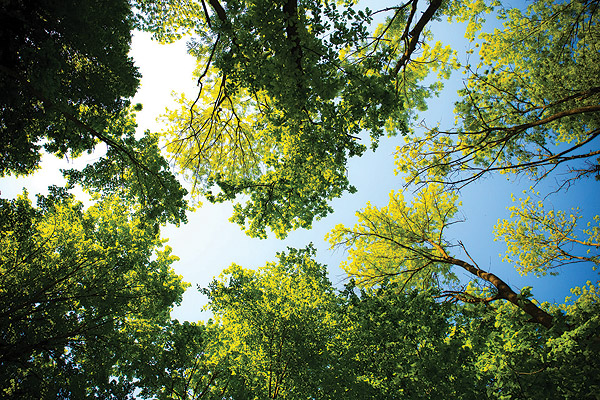 I had always been interested in environmental issues and in the year 2000 I read a book by Thom Hartmann called The Last Hours of Ancient Sunlight which profoundly affected me. The opening paragraph reads… “In the 24 hours since this time yesterday, over 200,000 acres of rainforest have been destroyed in our world. Fully 13 million tons of toxic chemicals have been released into our environment and more than 130 plant and animal species have been driven to extinction by the actions of humans.” Was this really true? How could we just stand by and accept this?

Fast forward a few years when Live Export became a hot topic after the airing of ‘A Bloody Business’ on Four Corners. As an animal lover I was outraged that this level of cruelty was happening to innocent animals. My animal loving facebook friends went into overdrive and statewide rallies against this barbaric trade swung into action.  At my first rally I stood next to Lyn White and listened ashamedly to what he had witnessed in Indonesia. I looked around me;

“It was a sombre sight. Everyday people of all ages chocking back tears and going into bat for those voiceless souls.”

I wore my ‘I Stand Up for Animals’ tee shirt that day but was itching to hold up a sign or placard and confirm myself as an animal activist. The girl standing next to me had come well prepared. In one hand she held a graphic picture of a cow in a slaughterhouse and in the other a Greens triangle on a stick. I asked her if I could hold up her triangle and she willingly obliged. When the rally was over she came up to me and with the utmost sincerity, asked if I would like to keep her triangle. In that brief encounter with a complete stranger who perhaps saw the potential in me, my destiny with The Greens was set.

On a balmy December night in 2013, with the writings of Thom Hartmann still ringing in my ears and a growing apathy on the lack of action by both the federal and state governments to tackle the big environmental issues, I sat at my laptop and Googled ‘Greens candidate application’. Was I in for a shock! Lets just say the application process isn’t for the faint hearted. Writing Bio’s, uploading documents, cutting and pasting, character references, on and on it went. It got put into the ‘too hard basket’ numerous times but I persevered. I was desperate to do my bit to help the planet and The Greens were really the only party who I thought gave a damn.

So here I was, the newly endorsed animal loving Greens candidate for Croydon, contesting the 2014 state election in a blue ribbon Liberal seat. That in itself is a scary thought. As a lower house candidate, I had absolutely no hope of entering parliament, but that was never the goal. I was part of the Eastern Metro Region, the A team, an amazing bunch of passionate individuals. We had one collective objective, to get Samantha Dunn elected into the upper house of state parliament. GAME ON!

After the fanfare of being endorsed and the messages of support had died down I went into what I could only describe as a ‘self loathing meltdown’. Me….in politics…omg..really….?

Could I take their name and phone number and say I’d get back to them in a weeks time? I think not. I was also fully aware that there were lots of people out there that loved to hate us ‘tree hugging hippies’.

And yes there were incidents when I wanted the earth to open up and swallow me whole.

“There’s nothing more soul destroying than being abused in public just for standing up for what you believe in.”

In my case it was standing up for the welfare of animals and trying to do my bit to save the planet; nothing too radical I thought. I soldiered on regardless.

As a candidate I got to meet all the Greens long time warriors.

Adam Bandt, Janet Rice, Christine Milne, Richard Di Natale, Bob Brown and Scott Ludlam; all of them so engaging and passionate. I met Bob at the launch of his book Optimism, in a little bookshop in Eltham. Most of the A team were there, and all I could think of when I was waiting in line for my book to be signed was, “What do I say to this timeless  legend who has seen and done it all for planet earth? Just be yourself Jill, and try not to act too intelligent, relax, he’s one of us, the godfather of tree huggers”.

There was always a full agenda as a candidate. Rallies to attend, party meetings, fundraisers, conferences, letterbox drops, campaigning and phone banking. But there was one job I refused to do; door-knocking. No way was I going to rock up to a stranger’s door and peddle my political beliefs, no matter what state the planet was in. Door knocking is best left for the Mormons; they do it well.

With the help of some family members, good friends and loyal party members, I did most of the two week pre poll myself. They were long ten hour days standing in the hot sun whilst engaging in small talk with rival political parties. Most of them were genuinely nice people but I longed to get inside their heads and ask them why they were not interested in trying to help save the planet. It was at pre poll that I encountered some interesting challenges. I had one very aggressive male rip up my how to vote card right in front of me and look me straight in the face and say “THAT’S WHAT I THINK OF YOUR F… PARTY”. In the face of adversity I had no choice; I kept soldiering on. The finish line was near.

At 6pm on November 29th 2014, my job as Greens candidate for the seat of Croydon was done. It had been one of the toughest things I had ever done in my life. Driving home from the polling booth that night I had to pull over to the side of the road, my emotions had got the better of me. From those early seeds of relentless self doubt I had weathered the political storm; I had risen to the challenge and I was so stoked for myself and the A team.

“I thought of my grandmother and what she might have to say about my political stint.”

I could only hope she didn’t think I was a fool and that  she understood my intentions were far from wanting to feather my own nest.

My results came in. I scored 8.9% of the vote, with a 0.1% swing. Was I happy with that? You bet I was, I was ecstatic. The A team had all posted fantastic results; but had we done enough to get Samantha into parliament? We had to wait weeks for the final result. Just before Christmas the news came in. Victory to the A team! By a slight majority we had got Samantha over the line! Mission accomplished.

After the election was over and the last glasses of champagne and been drunk, I fell into the political wilderness. My adrenaline was still pumping but there was nowhere for it to go. Even writing this article gets me pumped up again. Where to from here? I have no idea. One thing is for certain though.

I will always stand up for the animals and the environment. Would I put myself forward as a political candidate again? Probably not. Was my political stint worth it? Absolutely.  What did I take away from the whole experience? That in years to come I can tell my grandkids, if they wish to hear it that their nanny did something a little bit out of ‘left’ field to try to help the animals and our precious mother earth. I can only hope that they will be proud of me.

p.s. To anyone remotely interested in environmental issues, please do yourself a favour and read Thom Hartmann’s book. Who knows, it may just be the leverage you need to put yourself forward as the next Greens candidate.