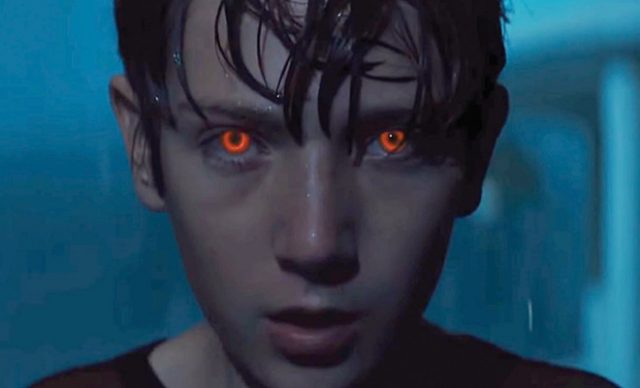 This movie has the most unique storyline I have ever seen. The story revolves around a husband and wife who fail to conceive a baby. Their prayers are answered in an unlikely solution, from the sky. When they find a baby boy from a space capsule they decide to raise him. As 12 years pass and he grows up the ship begins to speak to him and he soon realises he has special powers. As these powers progress his attitude becomes colder and colder. It is a true super hero horror film. I like to think of it as “What if Superman decided to become bad as a child?”

This film is so intense and chilling to its core. It is almost hard to watch as the young boy slowly turns into a sadistic killer before our eyes. The concept of the film really holds it together, because it has never been done before, you are always wanting to know what is to come next. It is extremely gruesome and will test the fainthearted, I even struggled in certain scenes. Although all the good things about this movie are great, I did find it a little slow to begin with and then climaxed too late.

It ends in an unexpected way, but that’s for the viewer to watch. A unique concept and a unique story line makes this a must see movie, but don’t get too excited. I will insist that this is for adults only, not a super hero film for kids.