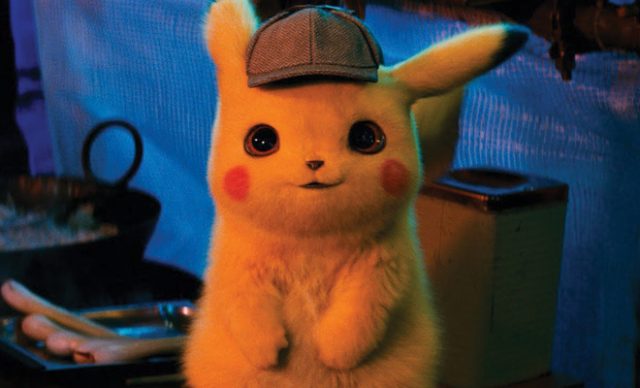 This film has been long coming for many fans of the video game franchise Pokémon. Never has there been a live action Pokémon film made before. They decided to explore the world of Pokémon instead of the direct story from the games. The movie begins with 21 year old Tim Goodman, who chose to be an insurance salesmen instead of his childhood dream of becoming a Pokémon trainer, his decision relates to his fathers absence. Upon learning that his father has gone missing presumed dead he realises that his car crash was not an accident and decides to investigate himself after he joins his fathers partner Pikachu.

Choosing to use the detective Pikachu is a great choice for a first attempt at a live action film. Using the story from the games would just be too repetitive. The world of Pokémon in the film is just as you would expect it to be, a rich environment of colour and Pokémon. The story itself is extremely compelling and really pulls you along. I do believe that for those who wish to see the movie and have not experienced the game will not be missing out on any crucial information and you will still enjoy. The movie is a little flat in humour at times as it is aimed at little kids but that isn’t a bad thing for the film.

This film is aimed at the whole family, even young adults who grew up with Pokémon. The story is great and it looks great, and somehow achieved the status of a good movie which is great because films based off games never turn out to be good.