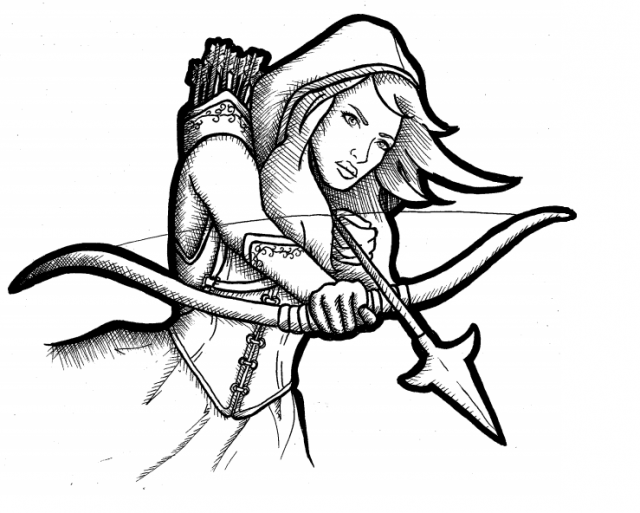 The winds were howling through the mountain steppes, atop the highest peak stood a lone monk, standing watch over the valley below. In his hand was a golden staff, adorned with eight ribbons of purple cloth. The cloth fluttering in the wind, whipping about. He stood, angered by the march of heavily armed warriors into his lands. His lands were a land of peace, by order of the Great Khan, there was to be no weapons on his lands. Turning he reaches for his falcon, message prepared and sealed. Attaching it to the leg of the predator he throws it to the air.

The falcon soars off into the distance, following a path travelled many times. His master’s wish was to be executed. He keeps low and out of sight, not wanting to be hunted by accident. The winds lending their speed to his flight.

The Great Khan stood in his yurt, listening to his military advisors bicker about their next conquest, turning in time to see a familiar falcon swooping in and landing on the prepared stand.  The bell chiming, causing total silence in the room. One of the Khans stood to fetch the message. “Honoured leader, a message from the monk Tengri. It appears warriors march his small lands in force and armed.” The Khan announces, causing a stir of whispers. “Honoured leader, why do you protect this taranchi?” His financial leader questioned. “Because Nuchim, unlike you, I have a use for him. His shamanistic healings have helped many soldiers back to war. That he ask for a small plot of land and that no one step on to his lands armed is a small price to pay.” The Great Khan snapped back. “Prepare the horses, we shall deal with these vipers.” He shouts as he stride out, preparing his armour for battle. Caring not if he was followed, he would fight this force of armed warriors on his own if he must.

Many of the Great Khans men saw him move through their village in full armour. Their reaction was to arm up and follow behind him, seeking battle and glory. These last few months has been very stale with no combat.

Gri nir watched his soldiers march onto the marked land. “Keep quiet boys, let’s not wake the Sharman. We need him alive…” He began. Suddenly the troops to the front were thrown back several feet. “Warriors be warned you have walked onto my lands armed, this is in violation of the Great Khans law. This is punishable by death.” The voice of Tengri could be heard, moving through the entire valley. Spurring on the Khans forces. Gri nir laughed and smiled. “Your tricks do not deceive me Sharman. We will take you alive. Charge the yurt.” He screams.

The Great Khan seeing the warriors on foot, preparing to charge his Sharman. “Kill them all.” He shouts as he charges his horse down into the valley. Flooding down the sides, the warriors in the centre stopped to look, seeing their golden leader charging down, knowing death awaited them.

Many tried to flee, but the Khan was merciless. One did not simply attack his Sharman and live to sing of their tales. The fields ran red with the blood of the armed warriors as the last was cut down in front of the yurt. Gri nir’s head rolled from its body as the Khans blade split the two. Standing there, he looks to the peaks. “Tengri your land is now free; you may step down and reclaim it.” He turns his warriors and leads them out of the valley.

VIOLENCE AGAINST MEN, THE UNSPOKEN TRUTH

KILLING IN THE NAME OF – AMERICAN SNIPER