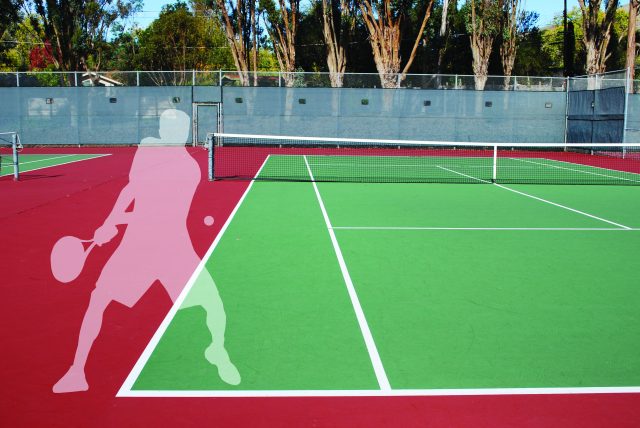 This is a story about my journey to the Australian Institute of Sport.

It all started when I was 14 years old. One day I was walking home from school and saw the local tennis courts. I remember just watching the people playing and thinking “I will give this a go”. I rocked up the following Monday and started my first training lesson and loved it, I wanted to come back the next day which I did and loved every minute of that too. I then told my parents that I wanted to start doing this everyday after school, and it wasn’t too expensive so my parents said “yes”. So everyday after school I went and trained for competition.

It was to start in 3 months, so I went into a very intense training, doing long hours – often into the night – and loved every minute of it. I was getting fitter and stronger and better on the court everyday, which was so much fun. I was tired going to school the next day, but loved the feeling that my game was improving. The night before my first competition I was so nervous and excited that I could not get to sleep – it was shocking, I was staring at the ceiling all night. Walking to my first competition game was nerve-racking and exciting,. I had my headphones in listening to music – getting pumped up and walking onto the court was an amazing feeling.

I played an outstanding first game and won 6-0 6-0. I was really happy with the way I played and for the next few games I just got better and stronger on court every time I came out to play. I finished the season undefeated, reaching the finals with plenty of confidence, and then just continued on, playing some superb tennis. I won the championship in my first season undefeated – an amazing achievement it seemed, being a champion and seeing my parents so proud of me. Afterwards I went out with friends to party and celebrate the win, then had to take some time off to rest my body and start training for the new season.

Starting first day back at training I can still remember how much pain my arms and legs were in. It was a funny feeling just being back in the swing, and I really wanted to go back-to-back as champion so I pushed myself even harder to improve. In my second season I was playing some fantastic tennis, and after wining one particular game, the person I beat said to me after the game “you have got some serious talent and I hope you go far”. This shocked me, all I could say was “thank you so much, it means a lot”.

I went through that second season undefeated again – an amazing feeling. As the wining forehand went down the line (my favourite shot) in the final, it was going through my head “I’m back-to-back champion!” All the hard work I had put in finally paid off, and partying with the two trophies was a memorable night. Again I took some time off and went overseas to visit family. I had a ball and made memories I still cherish today.

Then it happened. I got a call from my tennis coach to say that someone from the Australian Institute of Sport was coming down to see me play. I said “Are you joking?” But my coach was serious. I was in shock, and told my parents who were over the moon (and in shock too!).

Coming back to my first day of training, I saw the guy wearing AIS clothing. Chris was just such a nice person, we had a talk together with my coach, and I said to him “Who told you about me?” It was my coach of course, he knew someone at the AIS, gave him a call and told him about me.

I was still in shock and then he offered me a AIS scholarship.

I couldn’t believe it. He gave me some paperwork to fill out then said “I want you in Canberra by the start of next week.” I remember running home and telling my parents, who were crying with happiness and yelling. It was an amazing moment, as was telling my friends at school, who were initially sceptical; “As if your going”.

They didn’t believe it initially but when I showed them the paperwork they were jumping on me yelling and screaming. They threw me a surprise going away party – it meant so much to me that they were on this journey with me.
At the airport my family and closest friends and I all felt an emotional combination of happiness and sadness at the same time. I was leaving to go to the AIS on a scholarship! I remember landing in Canberra and it was so cold, I think it was 8 degrees in the afternoon. Someone on the plane said “You’d better get used to this, because it gets very cold here,” I thought “wow, here we go!”

Chris was waiting for me and drove me to the AIS. The building was massive, I had never seen anything like it before. Walking in, I saw where I would be training and playing my games – another amazing feeling, walking onto that tennis court. The AIS staff were so nice and friendly they made me feel so welcome.

The night before my first training session, well, what can I say. I never throw up but I did this time. I couldn’t believe how nervous I was and didn’t get much sleep at all.

Walking onto the court for my first session was quite a moment, but I was nervous having all the coaches and random people watching me. Meeting my tennis team was just wonderful, they were also a very nice group who helped me as “the new guy”. In fact the support I received from the team was fantastic.

Before the first match I felt quite overwhelmed, and walking onto the court to play, it felt like I was on centre court at Rod Laver Arena.

I won my first game but it wasn’t my best performance, and after I finished I waited for the other matches so I could squeeze some additional practice in on the AIS courts, as they were very different from the ones back home. The coaches were happy with my first outing and encouraged me by saying that I had the potential to take my game to the next level.

So how does the story of this sporting dream end?

After about five and half months of intensive training and playing, one day during a match my left wrist became very sore. All of a sudden I couldn’t even hit a slice backhand as I was in so much pain. I ended up winning the match but had to tell my coach that there was something not quite right. The next the day I went for x-rays and the news wasn’t good – I needed surgery on my left wrist. It was upsetting, and the first thing I thought was that my career was over. I needed a minute to myself and broke down and cried for a least 10 minutes.

Harder still, I had to tell my parents, and my mum flew straight up the next day to be there for me. The surgery took about 6 hours and I had to wear a cast for 6 weeks. I went home to rest but it was difficult, I just wanted to go back and train and play matches again.

I went back to the AIS after three months of waiting for my wrist to heal, but unfortunately I was never the same again. I had lost so much power and even as I was putting in 10 hours a day of training, trying to get it back, I just couldn’t quite re-capture the same velocity on my back-hand. I was shattered, and had to give up my dream of playing professional tennis. It killed me, the last time I walked through the AIS, it was the worst experience I have ever had – saying goodbye to the staff and my team mates.

When I arrived back home I felt so useless, I had to go away for three months to forgot everything that happened.

Looking back, although there were challenges, it was one of the best experience I have had, and I wouldn’t change it for the world.

Note: Some names were changed in this piece for privacy reasons.