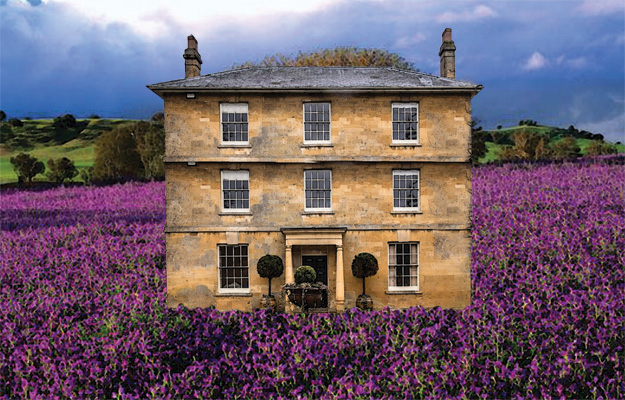 Walter was a happy building.

He enjoyed the wide-open spaces, fresh air and flowers.

Walter was only three stories and came from a heritage of pre-1900s sandstone structures.

He would often sit for hours listening to Chester the Barn Shed tell stories about fantastic places where building of all shapes and sizes congregate together and make something called a ‘city’.

At first Walter was quite apprehensive and unsure by all these strange tales.

But he then became inquisitive and decided to spread his walls and travel to see if he could find a so called elusive and mysterious ‘city’.

He knew it might be dangerous, but the temptation was too much.

Walter’s journey took a long time. No one really knows how long.

For years his travels took him through many adventures.

Too many to mention here.

Always searching for the elusive ‘city’.

Then, one day, when he had just about given up hope, he stumbled over a rise and saw it.

There, before his own window sills, was a ‘city’, in all its glory.

Walter initially decided it would be safer to blend into the outer suburbs.

However, residing with these new brick veneer houses, he realised that he didn’t quite fit in.

Moving further towards the city, he found areas occupied by hotels, pubs, retail outlets and shops.

He didn’t feel quite comfortable in these places either.

Trying to fit in took its toll on Walter.

But Walter persisted. Learning as he went.

Many of the buildings he met on the way warned him not to travel too far into the city.

They told him that buildings of his heritage are often demolished, to make way for bigger buildings.

As he gazed towards the city the huge buildings seemed like they were beckoning him.

He knew he was running a risk, but he wanted to see these huge structures close up.

Walter had travelled this far, he had to complete his journey.

As he got closer to the epicentre, the whole city oozed with power and strength.

It threatened every skirting board and cornice in his historical structure.

It was an incredible experience. Walters foundations shook at the awe of these giants.

This was way beyond any tales Chester the Barn Shed had told him.

Walter finally felt that he had found his true place, where he fitted in.

However, little did he know that property developers move swiftly.

Our little hero’s days were numbered.

A victim to ‘development’.

Destined to be demolished and divvied up into rock gardens, crazy paving and door stops.

An unknown ally was building below his window ledges.

In this harsh environment, the Historical Society emerged to come to his rescue.

And so, Walter, in the depths of this huge city found himself content, nestled between skyscrapers.

He was now ‘culturally significant’.

He would often ponder what Chester would think.