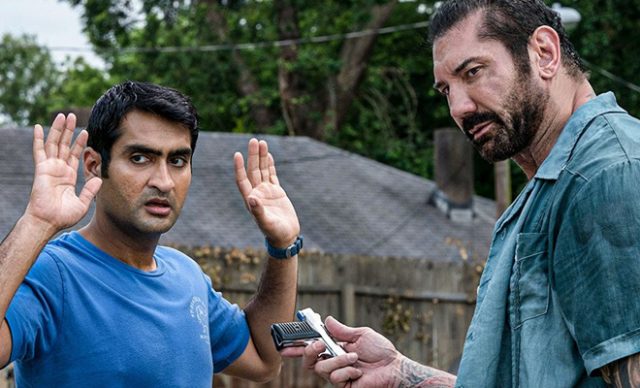 I’ll be honest when I say that I didn’t think I would enjoy this film, but I am happy to say I was wrong. This film is really creative in its idea which is fantastic; a completely original concept that is not a flop is really great to see. The plot is simple – when a detective gets corrective eye surgery, he is forced to use an Uber to follow a lead for a case he has been following for years. The Uber driver that he receives is the complete opposite of Detective Vic. What follows is a hilarious adventure between the two. This film felt really fresh to me, which is a surprise for it being one of those quick comedies with a plot that doesn’t go that deep. Other films it could pass alongside are Game Night and Life of the Party, but this one feels much more legitimate and with time spent on it. The only thing that I would fault is that the ending felt a little cliché. I do believe that casting chose the actors well, Dave Bautista and Kumail Nanjiani contrast each other, and I feel that this is one of the main reasons that the film works. To summarise I would say that its funny, easy to watch and perfect for anyone. It really isn’t a cheap watch – you will feel satisfied afterwards. Give it a shot and it will not disappoint.