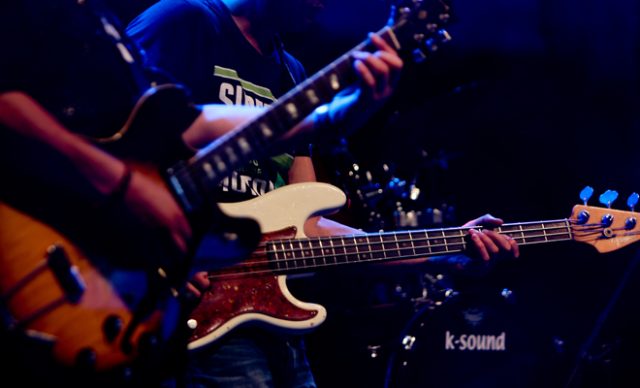 Bandmates Victoria is a community program that matches people with disabilities and/or mental health issues with a volunteer to go and see live music together.

Operating out of Maribyrnong City Council, Bandmates is about breaking down barriers that people with disabilities and/or mental health issues may experience while trying to access live music in Melbourne. The program provides them with the confidence and independence to go out with a new friend who has similar music taste.

Sara Franzoni is the Bandmates Project Officer and passionately believes in the program’s ability to improve people’s lives.

“It’s dissolving social barriers for people and it expands people’s networks,” she said.

Sara’s bubbly personality and infectious laugh reverberates around the room when she chats about the Bandmates’ matching process.

“I just can’t believe the people that come to be a part of the program, it’s like you see some of the best parts of humanity!” she said.

It is obvious that her ambition to make Melbourne’s live music scene more accessible is what drives her hard work as project officer.

Peter Tollhurst lives in St Albans and has been a part of the Bandmates program since its inception. He feels more independent when he attends gigs with his volunteer.

“It’s good to be with someone different to family in a concert setting,” he said. “It gives me freedom to be myself and
to explore.”

Bandmates also provides training sessions for live music venue management and staff to be more accessible for people with disabilities and/or mental health issues. It provides information so venue staff are more aware of aspects they can change or communicate to become more open and welcoming to their community. From installing a ramp to training bar staff on interacting more comfortably with people with disabilities and/or mental health issues, each aspect can greatly improve the overall concert experience for
these patrons.

For anyone who is interested in being involved in Bandmates but may not be able to commit to having a Bandmate pair, there are regular social nights where all are welcome to see local live music at a venue that has completed the program’s venue training. It is a great opportunity to meet fellow volunteers and Bandmate pairs and have a dance with new friends.

Bandmates Victoria has already received many awards including winning the ‘Diversity and Inclusion’ category at the LGPro Awards for Community Excellence, but Sara believes the biggest successors are the people involved.

“I see people building confidence and community networks, and venues making changes to their space once they’ve done the training,” she said. “It’s the cultural shift that I love watching and being a carrier of this cultural shift.”

The program has just completed their biggest volunteer intake to date, and has recently announced an expansion of the program in Bendigo within Loddon Shire thanks to funding from VicHealth.