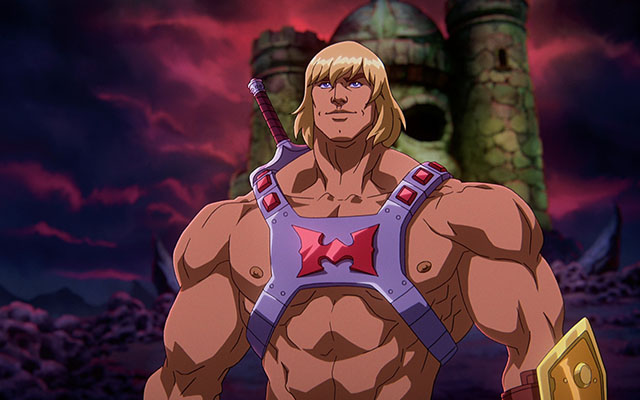 Masters of the Universe is a faithful return to the spotlight for the franchise for the heroic Champion of Greyskull, He-Man.

Following a 36-year hiatus for the beloved characters, the war for the fictional world of Eternia continues seemingly where it left off decades ago. Revelations is part one of the overall story directed by the comic fanatic Kevin Smith. It’s a fantastic, five-episode innovative and action-packed animated series, with Powerhouse Animation Studios following on inspiration from Japanese anime and older western animation such as the Batman: The Animated Series (1992–1994). This is fitting for MotU’s star filled cast, from Mark Hamill, voice of the cunning Skeletor, Kevin Conroy, through to He-Man’s voice actor Chris Wood, and the beautifully talented Sarah Michelle Gellar who voices the incredible Teela. MotU is everything you’d expect an animated show to have; amazing art style, vibrant colours, great fight choreography, dynamic camera movement and of course the puns. The first episode may make or break your experience, if you can get through that then the rest is a quest/adventure following our hero cast trying to save the world from impending destruction. I unfortunately can’t get into any more detail without delving into spoiler territory, however there are plenty of good laughs, interesting dynamics, beautiful fights and a compelling story to keep you hooked in and craving for Part Two.

YARRAVILLIAN TO HOST “MAKING IT AUSTRALIA”