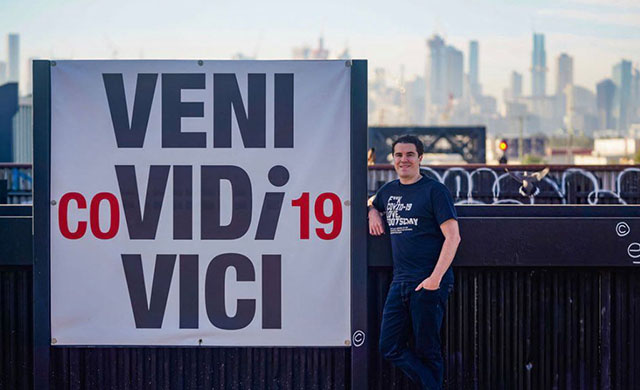 WESTPECTIVE: Peter has always lived here. Writing about the West has opened his eyes to its many heroes.

If there’s anything I’ve learned from my passing contact with politicians, it’s this: they are finely tuned to the goings-on in their electorate. 2020 is coming to a close. Few would be better qualified than the Member for Gellibrand to reflect on how the community fared once our world turned so fatefully upside down.

A year that kicks off with a world-wide pandemic was always going to be rugged for a genuinely committed politician. Unleash a second wave, toss in stage-four restrictions, and a challenging year just got, in the words of Labor MP Tim Watts, ‘really hard’.

Getting out in the community, something that Tim enjoyed most, was no longer possible in the year that was unfolding. COVID-19 had also turned a short flight to the Capital into a trip buttressed by two weeks of hotel quarantine. All the same, Tim was determined to make it to Canberra for two parliamentary sittings. There was a story to be told: his constituents were huddled in their homes with only four reasons to justify venturing outside.

‘The big thing you notice in Parliament House is that the people that haven’t gone through the lockdown that we’ve had in Victoria … they don’t know what it was like,’ Tim explains. 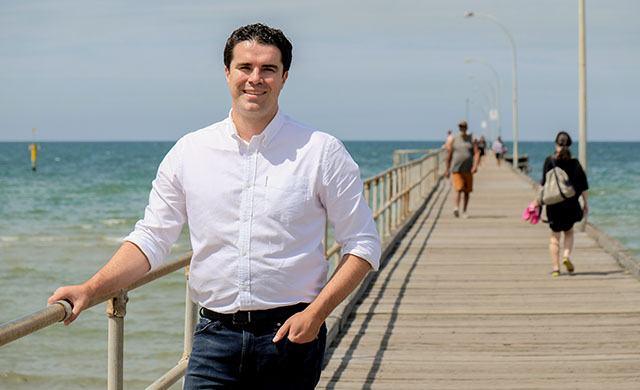 Ever since the early impacts of COVID-19 and subsequent government restrictions began disrupting our normal way of life, Tim’s Footscray office has been inundated by calls for help. Loss of employment; workplace health and safety concerns; anxiety around how COVID-19 was being tackled; and the deleterious impact of restrictions on local small businesses, affecting the livelihood of owners. Tough calls.

‘It really sheeted home to me the impact that we can have in a community in response to a crisis like this,’ Tim says.

But there are certain memories of COVID-19 that will live with Tim forever. The tragedy in aged-care.

‘Talking to families of loved ones in aged-care, fearing for or grieving for their relatives; talking to staff members desperately wanting to do the best job that they could in the face of this threat. It was a very confronting and very consequential experience for me,’ Tim says.

And to make matters worse, a politician that would normally be on the spot, offering consolation and reassurance in person, was forced to have these conversations over the phone.

How will we look back on 2020 in years to come? In the era of COVID-19 it often seems as if the extraordinary or unprecedented is occurring on a fortnightly basis; Tim is understandably hesitant about making predictions. But interestingly, surveys conducted by his team after mingling in public was no longer possible, revealed a community struggling with one issue in particular.

‘Obviously, we had a lot of social media community building, and people were trying to look out for each other on all the technological platforms,’ Tim explains. ‘But an overwhelming majority of people said the thing that was most difficult for them to deal with this year was the social isolation … So thinking about next year, if we’re moving into a more normal COVID-19 world, is really rebuilding those community connections. That sense of community in the West is a real priority to me’.

Tim also believes the next six months brings its own problems with short term government interventions being wound down. The rate of JobSeeker payments has already been cut, which according to Tim, affects tens of thousands of people in the West.

‘My big concern for next year on the economic front is what happens when those supports start getting pulled away. I’m a bit anxious about that and will be fighting hard so that the government doesn’t leave us in the lurch’.

But while economic headwinds are still to be navigated, Tim is bolstered by a sense of pride in our collective accomplishment of suppressing a runaway virus.

‘What we’ve achieved in Victoria in fighting back a second wave is the envy of the world. It’s an extremely short list, maybe a list of only one — communities that have come together to fight off a second wave of COVID-19. We can be enormously proud. That’s something to look back upon over the summer break as an amazing thing we’ve achieved’.

Our conversation doesn’t seem complete without asking, has Tim been changed as a politician?

There’s a pause followed by a gentle sigh possibly speaking to months of testing conversations, concerns over the welfare of his electorate, even lonely nights stuck in a stuffy hotel room. ‘It’s … let me put it this way,’ Tim begins: ‘I’ve found this year to be my most meaningful as a member of parliament’.