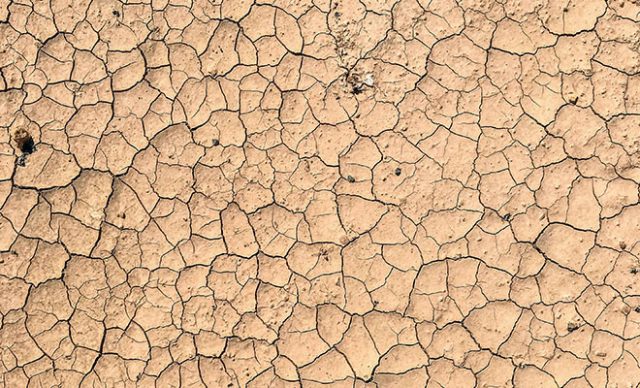 When you think of the word ‘emergency’ what springs to mind? Do you think of acting at a snail’s pace or not acting at all? Or do you think of a situation where you say, “let’s throw everything we’ve got at this thing so we can change the status quo as soon as we can”?

We’ve known about climate change (or global warming as it used to be known) since at least the 1800’s. Research first conducted by Eunice Newton Foote was presented at the American Association for the Advancement of Science conference in 1856 (not by Eunice herself but by a male colleague…an issue for another time perhaps). The paper, Circumstances affecting the heat of the sun’s rays, explained Eunice’s experiments which revealed that adding carbon dioxide to the atmosphere would increase its temperature (sorry Eunice, I hope that’s not too pedestrian or brief a summary of your life’s work).

Understanding of the science moved along steadily with a few spikes from individuals until the 1970’s, the age of enlightenment for many environmental issues and impacts, when the notion of warming was more widely supported. In 1988, James Hansen, a world leading climate change expert, told a US Congressional Committee “that it was 99 percent certain that the warming trend was not a natural variation but was caused by a build-up of carbon dioxide and other artificial gases in the atmosphere” and that it was “starting to cause changes in climate and weather”. (New York Times, 24 June 1988) In 1990 the Intergovernmental Panel on Climate Change (IPCC) assessment released its first report.

That’s thirty years ago. What have we done since then?

The final days of 2019 and the early hours, days and weeks of 2020 are ones that many Australians would probably like to forget. Raging bushfires, residents evacuated to safety via navy ships, towns cut off from support, smoke filled skies. The devastation was immense and widespread. The events of 2019/20 were not a freak occurrence. They were part of a predictable pattern resulting from a destabilised environment. One where hotter temperature, longer fire seasons, drier vegetation, and increased lightning strikes will mean they will be repeated summer after summer until the balance is reset. Climate change is not something that will happen in the future; it’s happening now.

Outside of climate scientists, climate activists, and climate leaders like the Emergency Leaders for Climate Action, young people understand better than most what this means. Understandably so, given its their future that’s being ignored by a lack of action. In 2019 young people and their supporters took to the streets in their thousands, demanding urgent action, and asking decision makers to take their futures seriously. In their own words to “treat climate change for what it is: a crisis”. Which brings me to my point – what’s the rush?

We are currently seeing climate impacts across the whole of our social, political, environmental, economic, cultural, health, housing and transport systems. That’s a lot of systems affected by something which is within our control to prevent. It’s also an unjust crisis, given that the impacts of climate change are being felt by the most vulnerable within our human and environmental communities; those that have often contributed the least to its making, or who are the least able to respond without the support of others. As an example, the World Health Organisation in 2015 identified climate change as:

“the greatest threat to global health in the 21st century, likely to account for an additional 250,000 global deaths a year from 2030 onwards due to rising malnutrition, malaria, diarrhoea, and heat stress.”
(The Saturday Paper, 22 August 2020)

Closer to home, climate change is already being felt by urban residents as our cities absorb greater heat during daytime heat waves that linger long into the night, with record high overnight temperatures. Our often-aging infrastructure finds it difficult to cope with such temperatures – think of trains not running on +35 degree days (and when they do, sometimes without air conditioning), the heat from the asphalt searing the bottoms of your feet as you ride your daily commute, loss of power supply during peak demand, overflowing drains following storm surge rain events.

Climate change is challenging our distinctively Australian outdoors culture – it has sometimes been too hot to play sport, go for a bush-walk or even to the beach during recent Australian summers.

Acting on climate change is not like cramming for a school exam – stay up late, study furiously, and sit the exam the next day. The longer we leave it to act, the more challenging the climate problem becomes, the impacts more widespread and overwhelming, and the appropriate response more complex. But, having left it so late to fully commit the resources, expertise, money and time to reducing emissions that will linger in the atmosphere for years, and to remove existing emissions, that’s exactly what we need to do. Cue the emergency.

In 2018, the IPCC released a special report that outlined what it would take to keep global temperature rise to no more than 1.5 degrees Celsius (the target set by the Paris Climate Agreement in 2015). At the time, they reported that in order to meet the target, global anthropogenic emissions would need to drop to net zero by 2050, to 45% by around 2030 and need to decline well before 2030.

You can read the full report here: ipcc.ch/sr15/chapter/spm

Time is running out. So, what to do?

Get informed – find out what you can do. Find like-minded people. Work together. Ensure your climate response is also a just response – we don’t want to leave anyone behind. Act.

Bernadette Thomas works on climate and emissions reduction projects for local government and was a member of the Maribyrnong Climate Emergency Community Advisory Group. These views are her own.

AUSTRALIA’S TASTE OF THE APOCALYPSE MUST HAVE PURPOSE