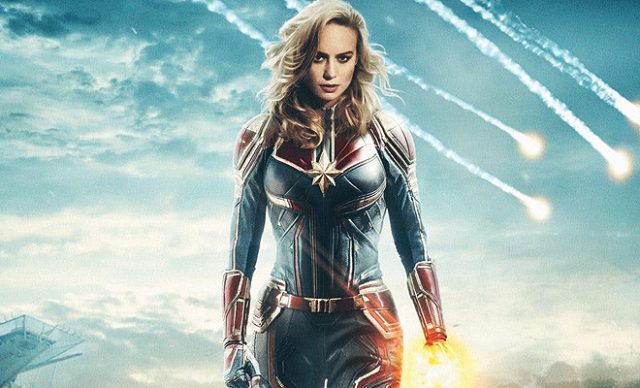 One time it was known among the Marvel cinematic universe that Captain America was and is the origin film to start all the rest to follow. Captain Marvel is an origin film, but I would argue that it is the most important. The post credit scene of The Avengers InfinityWar hinted towards Captain Marvel but left fans with so many questions, such as “who is she?”, and “how does she fit into the whole story?” This film delivers in answering these questions.

The movie begins with the Kree-Skrull War, and the rest of the film will help make sense of it. Carol Danvers, the real name of Marvel is still searching for her past until she finds her way back to Earth.

This film is absolutely fantastic, already making box office records and it’s easy to see why; a huge cast including name like Brie Larson, Samuel L Jackson and even Aussie star Ben Mendelsohn. The movie will take you to other planets and to outer space, which has been unexplored since the Guardians of the Galaxy, a refreshing change.

An awesome 90’s soundtrack and remnants of the last century will surely trigger some memories. What does set this film apart from the others is Brie Larson, the first leading female superhero among the franchise. It is a shame it took so long because this movie would have fit so perfectly before or just after Iron Man.

Definitely a must see, it is so important – in fact imperative – that you see this before the upcoming Avengers Endgame otherwise some things won’t make sense. It breaks boundaries and tries new things while still feeling like a Marvel film. Be sure to not miss it.