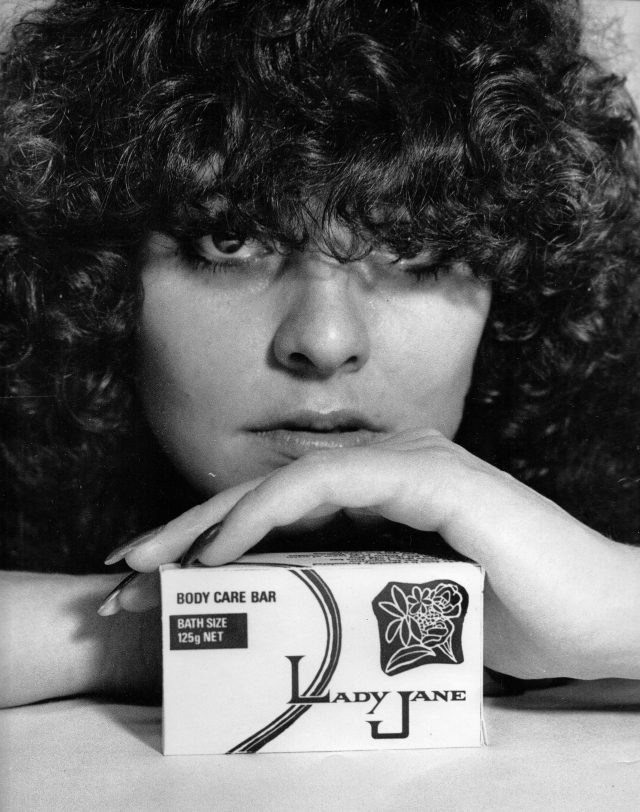 Peta Ferguson is president of BIM, a brain injury advocacy organization that raises awareness of the particular difficulties facing people with brain injuries. Peta herself has a brain injury she acquired some 30 years ago. I first learnt the reason why last year, when she asked if I would mind reading something she’d written before she presented it to a group of years 11 and 12 students . I was so amazed by her story that I recently asked her if she’d mind me sharing it. The following words are all Peta’s.

“You can get an ABI from any number of things; a coward’s punch, disease, anything that negatively affects the brain after birth. The long-term effects differ widely – from being stuck in a wheelchair unable to talk, to appearing totally ‘normal’. I didn’t have a car accident or a fall, I was not beaten up nor have a stroke. No – I took a deliberate overdose of prescription medication when I was 24. I didn’t think of the possible consequences, I just wanted out. Why? I don’t know. My parents were both doctors, I lived in a nice house, went to a good school where I did well and had lots of friends. Later I went to Melbourne Uni where I did Arts/Law. I must say I am happier now than immediately before the OD but I certainly don’t recommend trying it. It took thirty years (with a couple of exceptions) of deeply depressing crap to get to this point, and thirty years is a long time.

As I said, I had a really easy time at school; I was a house captain, leader of the school orchestra and I had no problems academically. In year 12 there were rumblings that all was not right. Twice – for a few weeks at a time, I was admitted to psychiatric hospital for depression, but it wasn’t too earth shattering and I think the general consensus was teenage problems, and that I’d grow out of it.

I did quite well in my final exams and went straight to uni. The freedom went to my head and studying was out of the question. I dropped out during my first year, went straight back the following year and dropped out again. (There were no such things as fees.)

After I left the second time, I did a series of soul-destroying jobs (for me) – mainly bartending. I then decided I wished to get away and hitch-hiked out of Melbourne. I remember getting to Adelaide and tossing a coin; heads for WA and tails for NT. It was tails so I headed up the Stuart Highway to Darwin. Now it is far too dangerous but back then it was less so and ignorance is bliss. I hitched a lift with a truckie just out of Alice Springs and about twelve hours further on he stopped at a place called Daly Waters and said he was turning off the main highway and travelling inland for about three hours to a cattle station called McArthur River. I had no burning desire to see Darwin at that stage so I went too.

I was welcomed at the station and immediately employed as a governess for six kids aged from five to fourteen. I only got the job because I had completed year 12. I wasn’t a great teacher and there were a lot of swimming lessons. I also worked as a meat worker at night because they had an abattoir on the station. Back then I tied the best sausages, but not any more – fine movement problems.

There’s a quick story I must relate; I’m quite sure it wouldn’t happen now – we’re talking ages ago. I drove into the local aboriginal town, Borraloola, a couple of hours drive away. I said to the local cop “I want my license”. He asked me how I got to Borraloola and when I told him I drove, I got my full license for three years for $3. No P’s.  After a few months I grew bored – my father flew in and picked me up.

Back in Melbourne a guy I’d met on the station came down and asked me to move in with him. He came on a motorbike with a mate, both wearing leathers and beards. One look at my mother’s horrified face and I said “sure”. (I’d hate to have me for a daughter.)

I lived with him for three years, again doing what I now view as soul-destroying jobs, waitressing and bartending. Then we split. I had the travel bug again, only this time I drove as far north into Queensland as I could go before the car carked it.

I wound up in a place called Cunnamulla, a few hundred km’s west of Brisbane. There were three pubs in town and I worked at all of them. I kept my dog behind the bar, anyone getting too friendly had the dog to deal with.

I was twenty-four, but still that big ogre of depression sometimes made its presence felt. I tried to gas myself and I’m not sure what happened next; one of the locals must have contacted my family. My sister drove up, collected me and I was admitted to a looney-bin in Melbourne.

Even there I was a social butterfly, ingratiating myself with people but certainly not developing any meaningful connections.

A couple of months down the track I took ‘THE BIG OD’. Events immediately following are a bit hazy. I think I was in general hospital for about one month – I wasn’t in a coma, just stupefied and totally non-communicative. I didn’t talk for four years or walk for five years.

After general hospital I was admitted to Caulfield Rehab. As you can imagine I wasn’t full of joy, life was over for me. To hammer home the point – my boyfriend at the time visited me with his new girlfriend and brought me a giant pink teddy bear, because he thought my mind had gone along with my speech and ability to walk. (Please be very mindful of this when interacting with someone who doesn’t speak and is in a wheelchair. Steven Hawking is a good example.)

I was quite resigned to rotting in Caulfield but for some mysterious reason, about one year later I was transferred to M7 – the brain trauma unit at Mont Park Psychiatric Hospital. It has since been pulled down. It was declared unfit for human habitation ten years before I was admitted, so I wasn’t living in luxury.

I spent the next five years in this place so I have clear memories. I shall describe the layout and my usual daily routine. M7 was one of many separate buildings sitting on the outskirts of a large, treed oval. (The buildings were hideous but the grounds were magnificent.)

M7 was a little brick building, locked to prevent people going AWOL. There were fifteen male ‘patients’ and three females. Because there were so few girls, our beds were put at one end of the covered-in veranda. We were separated from the lounge-room by a sliding screen and the TV was going 24/7. This proved to be a problem; there was a blind guy who could walk, he used to tap his way along the veranda, push past the sliding screen, lie down on the first bed he came to (mine) and promptly piss on it. As I didn’t walk and was transferred to a stationary chair during the day, I had to feel my bed just before I got into it each night.

My daily routine; I was woken at 8, showered, breakfasted and then put in front of the TV.  My day was broken up by regular bouts of physiotherapy. I also had weekly sessions with a psychologist and speech therapist for a few years, and at that stage I didn’t even emit a squeak! One inmate whom I absolutely loathed (I think this was partial motivation for me walking and talking – I wanted to get away from him) owned the only TV so we had to watch what he wanted to watch. ‘Here’s Humphrey’ was on thirty years ago. That and the cricket; I wasn’t a fan then but now I’m really keen. I was a captive audience, unable to walk away.

In my fifth year in Mont Park I was walking and talking. A visiting Christian couple fell in love with me, thought I’d be a great charitable project and offered me a room in a share house. I repaid that belief by hoarding all my medication for one year and taking yet another OD. No negative physical consequences this time but  again, I was admitted to Mont Park, this time a purely psychiatric ward.

I was sitting in the lobby with a few other patients. A guy was brought in flanked by two psychiatric nurses. One of the patients said, “He can’t be brought in here – he’s a psych nurse himself”. I couldn’t help myself “He’s got as much right to be looney as anyone else.” 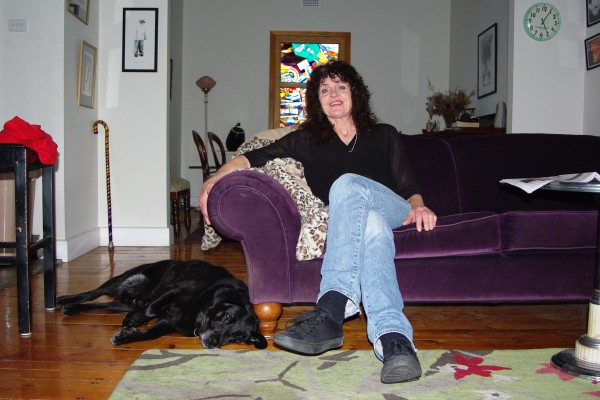 From then on we were friends and eventually, after both exiting hospital we moved in together.

One year on, his ex-wife and mother to his three sons, handed full custody to us. I found it ok having an instant family, though the four year old was at that stage just strange. Several years and bulk appointments later he was diagnosed as having Aspergers, a form of autism.

We married in 1990 and six years later I had a biological child who is now 20. In 1999 we decided to call it quits and since the total absence of kids (youngest at school), I decided to do something for me and commenced studying Cert IV in Disability. There I heard about the existence of Brain Injury Matters – the only group of its kind in Australia, or possibly the world. It is what is called a ‘self-advocacy group’. In other words, by grouping together we learn and become empowered, able to speak up for ourselves. I joined BIM in 2004, now I’m the president. BIM has really helped me find my voice. When I first left the institution, I was so paranoid being heard in public that I used to hand shopkeeper’s typewritten notes with a list of things I wanted. Now I’m giving presentations.

My existence now is pretty good but as I said at the beginning, I had to go through thirty years of crap to reach this stage and when I say ‘crap’ I mean it.”