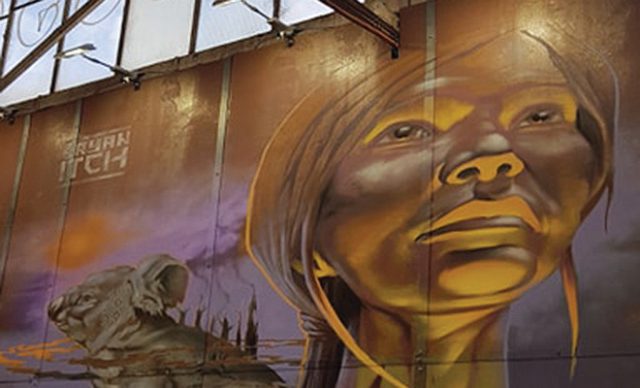 It’s been hard for all of us to take in, let alone process, what happened to this country over the Spring and Summer. The unprecedented bushfires, their strength, stretch and ferocity was almost impossible to comprehend. Imagine the bushfire season starting in Spring! Imagine the entire country being affected not just isolated parts of the bush! Imagine smoke blanketing not only fire-affected regions but our major capital cities for weeks on end. Imagine that we as a society could be the biggest contributor to the reason it happened…

The greatest existential threat to humanity became impossible to ignore late last year in this wide brown land. As the sky disappeared and the all-encompassing nature of the disaster became apparent; hundreds of millions of animals destroyed, swathes of country larger than many European nations incinerated along with property and people, we couldn’t look away. In previous instances of grave national threat, we could always choose to tune-out. But now the sky was gone and the smell was incessant. We were all tangibly affected.

Australia’s Summer of fires for me, like innumerable Australians, was a hyper-real manifestation of what has always been just a vague threat. Climate-change had always been slow and nebulous, never in-your-face. While I’ve been concerned about the effects of man-made climate change for many decades now, to actually see the sky close-in because of it was a slap in the face I wasn’t expecting. The fact that this disaster was not a one-off event, but also the harbinger of a new norm of extreme climate events makes it feel even worse, most especially because our collective actions contribute to these extreme events and we as a society are doing little to change it.

Australia is lowest of all 57 countries ranked on climate change policy; in fact we have no carbon reduction policy and our carbon emissions continue to rise rather than reduce. We are even responsible for the export of 7% of the fossil fuel that the rest of the world burns despite only having 0.3% of the world’s population.

Its horrible to say it, but perhaps Australians needed the taste of a climate change-induced apocalypse to call us out and force us to rethink our apathy before it becomes inevitable.

Australia as a society, democracy and global citizen continues to let the world down on tackling carbon emissions. I can only hope that this tragic taste of the apocalypse becomes a call to action against climate change for the future of this country and the planet as a whole.