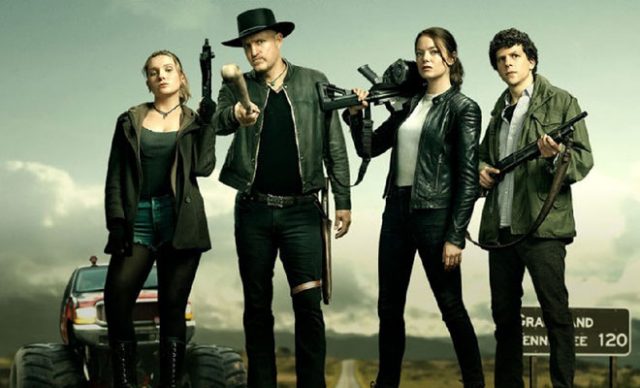 No! Why did they have to make a sequel?
The first film was perfect and left it in a way that didn’t suggest a second movie was needed. I really hate when production companies feel the need to make a second movie just to squeeze some extra money, what it does is put a little black mark against the first film. Zombieland 2 did not live up to the first, I never thought it would and I was right. It was humorous at times but a lot of it was cheap laughter. Nothing creative was introduced and neither were any groundbreaking attempts to make this film stand out. This is a huge shame because the likes of Woody Harrelson, Jesse Eisenberg and Emma Stone are great actors, but they tried their best. The special effects in this movie were all over the shop. Real physical stunts were mixed in with computer generated blood. I really really hate when this happens – look it’s 2019 and we are past this, we are better than this. The post-apocalyptic world took us to the White House and then Graceland, but again it just looked fake – such a shame. I am truly sorry to hate on this film, or any film, but I feel like no effort was made with this movie, and that is simply sad that I think that. If you do want an easy watch then this will fit into that category. 1/5