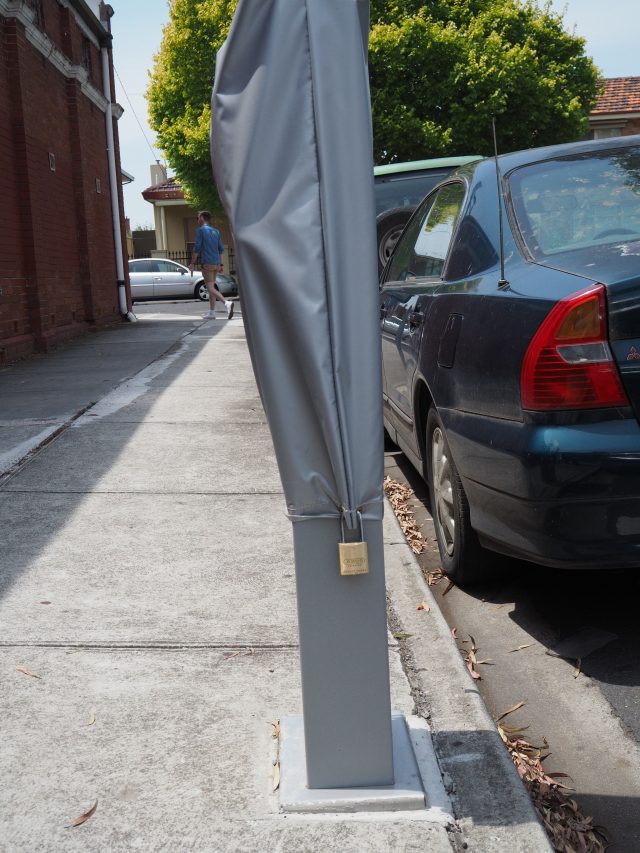 Comments by The Yarraville Village says No to Paid Parking Team

From the first mention of meters being introduced to Yarraville Village residents and traders have, together, voiced strong opposition – while Councillors have supported rollout of a ‘one size fits all solution’, seemingly content with the introduction of meters in Yarraville, as elsewhere in the municipality.

Implied in Council’s decision to introduce paid parking was the intent to roll parking meters out into every part of the City; Yarraville residents and traders took a stand not merely for themselves but for Maribyrnong City as a whole.

The Maribyrnong City Council’s original decision was based on what has now been demonstrated to be a flawed report and an appallingly poor standard of community consultation by national benchmarks. Large sections of the report were plagiarised from reports pertaining to other communities, and applied to Yarraville while consultant reports recommending against paid parking were excluded. It was as though the decision had been already taken and the reports used to justify that decision.

The No Paid Parking Committee has previously said much about the poor handling of the introduction of the meters and the confused rationale offered by Councillors for their introduction. While the No Paid Parking Committee accepts that in certain circumstances parking meters can be the right solution, those circumstances did not prevail in Yarraville – nor did they in Seddon, West Footscray and other areas where they were proposed by the Maribyrnong City Council.

Understanding the characteristics of different suburbs goes a long way to explaining why meters offer a viable traffic solution in some areas and not others.

The Maribyrnong Planning Scheme is the over-arching framework, adopted by Council and endorsed by the State Government, against which all MCC planning decisions must comply. The planning scheme categorises suburbs and further specifies the diversity and differences expected to exist between suburbs. Under the Planning Scheme, Yarraville, a designated Neighbourhood Activity Centre, is intended to differ in form and function from Footscray, a Metropolitan Activity Centre.

The Footscray Metropolitan Activity Centre (FMAC) is the most regionally significant activity centre of Melbourne’s west. It is a culturally diverse hub for retail, commercial, civic, health, educational and residential activities and a major interchange for metropolitan and regional transport services. With future employment growth, commercial development and housing and public investment, Footscray has the potential to become a western extension of Melbourne’s core.

The designated planning framework – by design – drives people towards Footscray and concentrates populations around the retail, markets, infrastructure and services of the Metropolitan Activity Centre. This was reinforced by Council’s adoption of its latest version of the overarching plan in September 2015.

In contrast, Yarraville is a Neighbourhood Activity Centre providing local convenience retailing plus specialty shops, cafes, restaurants and entertainment. The activity centre has a niche role as a historic village offering a healthy mix of retail and entertainment activity over extended opening hours attracting people from a wide catchment. Those regional facilities found in Footscray (bus-rail interchange, university and TAFE, district level shopping precinct and a regional market) could not be built in Yarraville, which is protected from this level of development.

Yarraville Village, unlike Footscray, has no State financial support and no planning driven attraction. It has to attract people through its eclectic, idiosyncratic, intimate and distinct character as a vibrant ‘non-mainstream’ centre so as to survive. The Village needs to attract people by virtue of its boutique uniqueness, it must thrive on its own ingenuity and it needs to build community harmony through a sense of place and through the local function it provides for its residents, traders and visitors.

Footscray is visited by necessity, Yarraville by choice.

It is the utility of the Village as a local shopping precinct which – while it attracts people from the wider catchment – first and foremost serves the local people. People buy their bread, their groceries, their meat, their newspapers, their books. They meet one another for coffee, a movie, a drink. It is a village centre that is the heart of the Yarraville Community. People come to visit because of these things.

The introduction of paid parking into Yarraville acted as a psychological and financial barrier to attracting people to the village as was amply demonstrated by the photographic study of empty streets whilst the meters operated and the lower revenue figures that the Council and Councillors were regularly shown.

The No Paid Parking Committee has stood back to allow Council time to consider the more substantive and independent research from Melbourne University and the impact analysis not only on the Village but on the operational efficiency and effectiveness of Council, with the implementation of the paid parking being enormously expensive for Council rather than a revenue raising venture. We regret the distraction of the random decision to include Footscray in the moratorium, as this merely serves to distort the financial impact on the Council of withdrawing paid parking from Yarraville. The decision also further demonstrated Councillors’ fundamental misunderstanding of the functionally discrete roles that the Footscray City Centre and Yarraville Villages play, despite the Maribyrnong Planning Scheme.

The No Paid Parking Committee has welcomed the moratorium on paid parking over the summer holiday period and welcomes back those people who again enjoy the busy, vibrant and distinctive village. We look forward to Council confirming the permanent withdrawal of the parking meters early in the New Year.