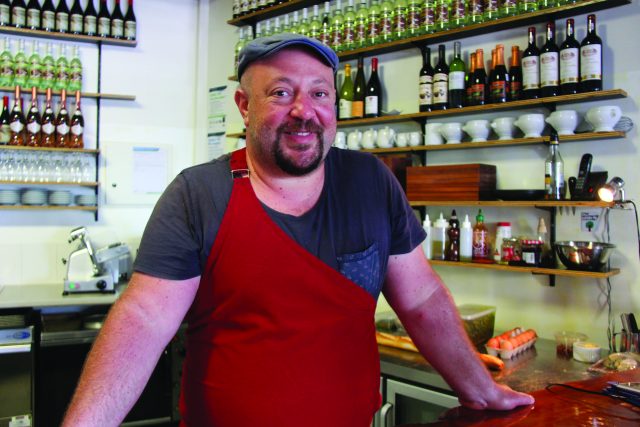 The star of Small French Bar in Barkly Street Footscray comes from Nice, France, near the Italian border, so his roots are quite mixed – he has Italian grandparents, and inherited a provençal cuisine filled with the Mediterranean sun.

He left France for London when he was 19, and served three years of apprenticeships with some of the region’s best chefs. After spending another five years in London and a couple of years cooking on passenger cruise lines, Stefan made his way to Australia in 2000 with his Australian girlfriend at the time, spending five years working here and on the Mornington Peninsula.

In 2006 he moved to Fremantle and founded then ran Gypsy Tapas House for nearly ten years. Small French Bar is his fifth hospitality business and possibly the one he’s most attached to.

“My dad (who’s 80) came specially from France to help me set up the place, it was a bonding experience, although it was often stressful trying to navigate through the bureaucracy of the different council departments.”

Footscray was a happy accident for Stefan, but he loves the diversity – the first place in Australia he’s been able to really experience it.

Stefan finally opened the doors in May 2015, and for the first 6 months searched for an identity, doing deli, bakery, cafe, bar and restaurant, but from January this year, he’s established the SFB as a wine bar and brasserie.

“The future is promising with Footscray growing so fast. I’ve discovered a real passion for opening venues, I really enjoy the opening and setting up phases of a business, after all those years, I’ve developed a flair for it and I could see myself opening places for people to run.”