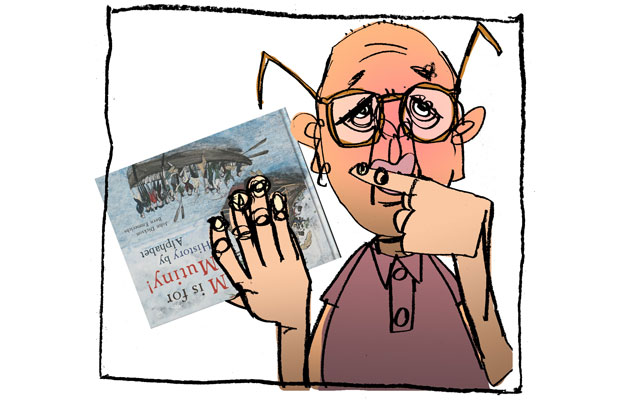 The number one question we get asked here at The Westsider is “Where can I find The Westsider?” True story. It’s something we’re always working on and hopefully the list on the left will help with this. The second most common question we are asked is “Who’s this Angry Train Guy and what’s his deal?” Who better to answer that than the man himself – John Dickson, AKA Angry Train Guy. You have been warned.

About the west and me. For a start it’s close to the sea. I grew up within a bike ride from a harbour in one direction, a beach in the other. That’s straight DNA talking. Colleagues and mates live out here among the real people from everywhere whose presence is a reminder that we live in the world; look around you; make room; take part. Listen.

There is a creative hum here. Chancy, edgy theatre; art to confound the other side of the brain; writers are scratching away; wall daubers and art-makers of every stripe are eyeing off the Footscray Art Prize; I know of at least one actor of national stature who chooses to live here.

These are my people.

Then there’s the Westsider Newspaper. It is Kelly Kayne’s fault that my literary contortions find their way on to these pages each month – a responsibility shared by its brave editor, Derek Green.

Here is where Angry Train Guy first found a forum for his ruminations on the [unlikely] events that took place on that short run from Footscray to Flinders Street. And when ATG no longer had the need for train travel, Slightly Angry Guy reported on the machinations of Mandible’s [if that’s his real name] excruciating family life, and still no one tried to stop me.

In the meantime, back in the world of bills and final demands, I have been allowing an increasingly modest graphic design business leak along while I plot a takeover of the children’s literature sector with my loopy world view. I have been fortunate enough to have four books published by Berbay Books. Thus far. Also, I am enough of a skite to reveal that my second, M is for Mutiny [which was illustrated by the inestimable Bern Emmerichs], made the shortlist for the Children’s Book Council of Australia 2018 book of the year awards.

And there are more to come.

A book for boys taking the first tentative steps as readers came out last year entitled Norton Took Something and will have a sequel this year. Also, a followup to ‘M’ is for Mutiny is in the early stages of development.

I am regularly ambushed by numbers of people at social occasions asking how to go about getting their children’s book written, illustrated and published. It reminds me that this is not an easy pursuit, and how fortunate I am to have the ear of a publisher.

This was underlined in a recent conversation with a friend. He is a comic artist and something of a ‘star’ in Europe and America. Print runs for each of his masterpieces run to as many as 150,000. Mine are closer to 5,000. I was bitching about a lack of inspiration and a reluctance to keep going.

‘You have a book contract,’ he reminded me, ‘out in the world, there are thousands who want one, but will never get one. Do the bloody work!’

That’s me, over there, doing the work.

You can check out John’s latest work on page 21 of this edition.