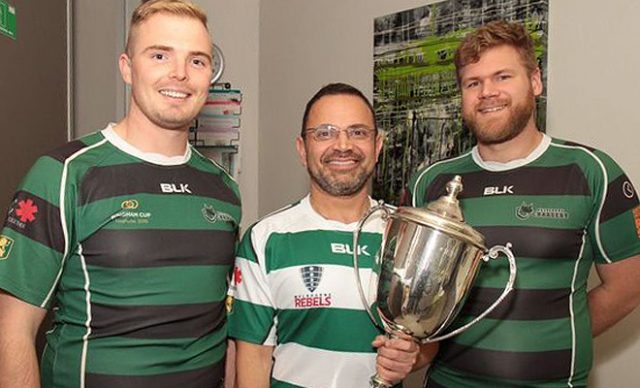 Dr Adam Mattsson is a dentist at Hampstead Dental in Maidstone. He opened his clinic in Maidstone just over 10 years ago – having moved to the west from Adelaide in 2007.

“When we opened in June 2009 we started as a new clinic with no patient base – and quickly expanded – so now we have 9 dental chairs, working 6 days a week, with 45 staff in all. “

But what drew Adam here to the inner-west?

“The west is down to earth, multi-cultural, and has a great array of restaurants. My brother and his family also live locally. I really love the Maribyrnong River and the combination of the trees, parks and the water. Also the city views you get from certain spots in Maribyrnong are just stunning.”

So what has Adam seen change in his time here?

“Highpoint has become massive, and there is so much development with new homes going up all the time. It’s great for the local economy, but also means there are now queues for some of the great brekky spots on a Sunday morning….”

And those favourites are?

“Handlebar Burgers on Hampstead Rd is a great spot. The caramel lattes at Churchill Cellars on Churchill Ave I Braybrook are addictive. Shinmai Tasty Japanese in Edgewater has a great atmosphere – and amazing food. When Desert By Night opened I used to be there 3 times a week – but now have to ration the visits – its so good.”

For small joys each day Adam likes making a difference in people’s life – that is truly what gets him out of bed.

“Helping people smile. Overcoming the things that are holding them back. When I was at Uni we did a project to educate kids and I chose to be a tooth fairy then – I guess that’s sort of how I feel now – that I can really make a difference in people’s lives, relationships and their work life, by easing the stress of their dental situation. I also love getting to the gym and working out – peeling away the stress. There are some great gyms and personal trainers here in the inner west.”

Adam is giving back plenty to the west, his practice are long time supporters of the Westsider Newspaper, but that’s not all he gives back

“It’s important to us to support the community we serve, so we support a number of local schools and sporting clubs like Sunshine Kangaroos, Caroline Springs George Cross, Maidstone United and Avondale Heights Football Club, as well as other community groups. 7 years ago we started to sponsor the Melbourne Chargers who were part of the Footscray Rugby Union Club at that time. We have continued that support – and were happy to see that they got to the top of their game. Its great to see our community flourish.”