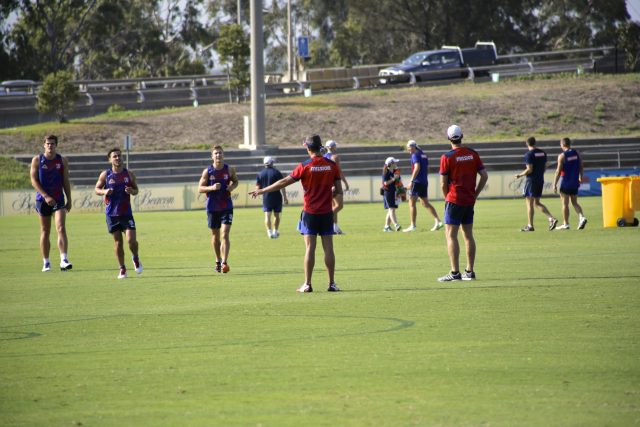 In the modern AFL, expectations are as high as patience is short. The Westsider takes a look at the Bulldogs as the starters’ gun fires to start off the race for the 2015 premiership.

The Western Bulldogs – the team from the west – had a crazy off season with the coach, captain and a Brownlow medallist all leaving the club at the end of 2014. Many fans were particularly unhappy with the captain leaving from this young and upcoming club. In addition to those key departures a club champion retired, so at a glance you could be forgiven for thinking it was a tough off season for the Bulldogs.

Luckily it wasn’t all bad – they picked up young gun Tom Boyd from GWS Giants as part of the Ryan Griffen trade, and their coach leaving may be viewed by many as a blessing in disguise, as they landed former Hawthorn assistant coach Luke Beveridge.

Fan favourite Bob Murphy steps in as the new captain, but losing Tom Liberatore their most efficient clearance player in 2014 to a ACL knee injury in the NAB Challenge game one will put a lot of pressure on the Dogs midfield. More than one ‘someone’ will need to step up.

Luke Beveridge played for Melbourne, the Western Bulldogs and St Kilda, and was in the coach’s box for the 2010 Collingwood flag and back-to-back flags at Hawthorn. That’s plenty of big game experience which could help the young Dogs in season 2015 and beyond with a fresh view of the squad and new game plan.

Marcus Bontempelli – After a fantastic 2014 and now with a second pre-season under his belt we see him bringing and improving on last year’s form and having an even better season in 2015.

Tom Boyd – The number one draft pick in season 2013 went to the GWS Giants and endured a slow start as he acclimatised to senior football in season 2014. After being part of the Ryan Griffen trade, and remembering he is only 19 years of age, he has bright future ahead of him at the Bulldogs.

With a young group hoping for improvement in all areas of their game – particularly the ability to win the close ones – season 2015 is crucial for the Dogs and they should aim high. Sneaking into the top 8 ought to be a minimum goal. There will be some leeway given to the new coach and his raw talent, but that won’t stop the dog-pound barking their criticism if season 2015 doesn’t show that this team is on the rise.